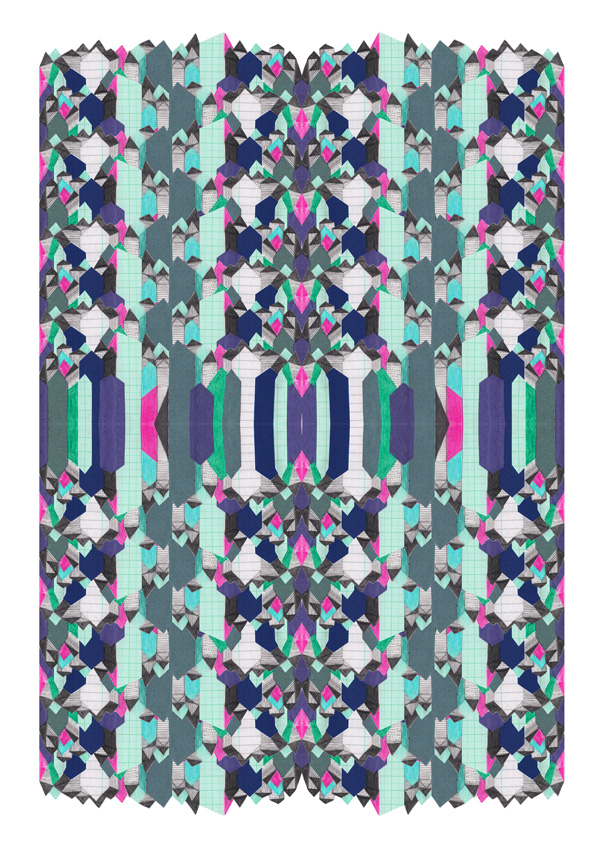 We asked Super Best Friends Club to curate a playlist for us. Enjoy while reading our third issue.

Rannoch Dawn – Holden
The Beat – ESG
I often feel that intelligence is a defence mechanism to protect our vulnerability; not to change; to stay in control of a situation.

Fuck The Makeup, Skip The Shower – Knower
There’s a scene in the film I Heart Huckabees where he’s getting all sensuous with this strange woman and she pushes his face into the mud and then they start rolling round in the nature. Pure contact – dirty and simple.

“B” movie – Gill Scott Heron
Gill Scott Heron’s lyrics are fearless and sometimes off point. I occasionally envy his clarity of vision, regardless of accuracy. Then I think maybe he is me. That he and other political voices, political actors throughout history are simply people following their own life story, which is all we do. Yet I place him and Mahatma Gandhi and Darth Vader on pedestals above me. Inside we are holding every imaginable layer.
I’m thinking about Boyan Slat. Have you ever read about this kid? Google him, watch him talking about science. Is he not a part of our collective movement towards a new relationship to the planet. Does it make the rest of us less because we’re not doing what he’s doing? Are we stupider than him? What if he is me? And I should be as inspired by myself as by him. I guess it goes the other way, how is Donald Trump a part of me? I like this question.

At Last I Am free – Robert Wyatt
Close my Eyes – Arthur Russell
When ‘I’ doesn’t exist for a while. I’m the sound of the synth or the image in front of me or the story I’m being told or I’m the naked woman next to me. This is my favourite.
When I stop existing for a while and everything outside is inside me.

Don’t Be Afraid, You’re already Dead – Akron/Family
R.D Laing said something beautiful about truth. He said truth happens when people get together. At first it’s a thought, then when more people agree it becomes a belief, and then more people come and agree, then facts and truths start emerging. That’s all truth is. Same with ourselves. We create one another through the stories of ourselves and each other. We build ourselves and often get stuck, bored, trapped. And then, suddenly, something can shift and we’re a new person, freer. Like soul surgery, invisible, slow and then sudden, from one abstract invention into another.

On the Run – Pink Floyd
I got addicted to this BBC radio drama about spies for a while. I’d listen to it over and over again. I think it’s because my soul wanted something from the lead character. I didn’t realise this at first. I was just addicted to the thing. I think the soul is saying things secretly, constantly.

It’s a new day – Skull Snaps
Sometimes it’s better to get naked and celebrate. I remember hearing funk music from the 70s and feeling like I just met a new part of myself. So much hope in this music. Selfless hope for nothing in particular.

New Amsterdam – Moondog
When I think about Gender, Sexuality, Race and Identity I find myself tongue-tied. I feel we live in an age of unique integration, but also extreme exclusivity. I look at the privileged elites in our societies and I wonder if they are happier than me. I don’t think they are. I look at the minoritarian groups and I wonder whether they are happy, what makes them happy. I wish we’d achieve equality without dismissing the pleasure of fighting for it. Normativity will always be challenged and will always be there. Today I agree to both.