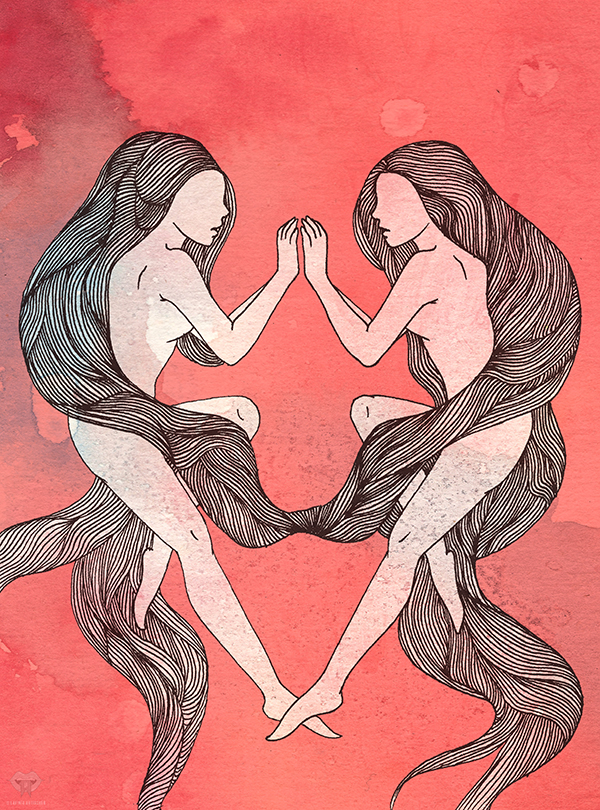 How Beyoncé and Maggie Nelson are creating a new language for women.

Maggie Nelson is in drag as a heteronormative mother. She writes in the Argonauts how, when she was pregnant, she would be saluted by service personnel in airports, ‘you are holding the future; one must be kind to the future (or at least a certain image of the future, which I apparently appeared able to deliver’. Never mind that she was pregnant by artificial insemination, pro-choice and married to a gender-fluid person, they didn’t see all that, they saw the pregnant female body as a palimpsest for their own assumptions, and hopes for the future.  She writes about how odd it was to be at the mercy of this normalisation, the ‘seduction of normalcy’.

This makes me wonder what Beyoncé would make of the Argonauts. Her pregnancy with Blue Ivy, a pregnancy preceded by a miscarriage that she has described as ‘the worst thing that ever happened to me’, has long been the subject of conspiracy theories. She’s a member of the illuminati, she faked her pregnancy, she’s Solange’s real mother. Online, you can watch a video of her pregnant body apparently creasing in a way that it shouldn’t be able to (although it’s flesh, so presumably just because there’s a baby in there doesn’t mean it can’t crease like flesh does), leading to accusations that she was wearing a false stomach, had faked her pregnancy (why? Who knows). ‘Y’all haters corny with that illuminati mess’ she sings on Formation, but in the visual album of Lemonade there is a brief image of her, smiling, naked and pregnant, surely aimed at her detractors. More than most people, even more than most celebrities, Beyoncé’s body has been dissected, commented on, ownership assumed by others, since she was a teenager.

Policing of bodies by others is a theme threaded through both the Argonauts and Lemonade. They are, amongst other things, about how it feels to have other people’s assumptions, desires and neuroses, projected on to your body as a woman.

But they are also about intimacy, and the ways in which women can manipulate expectations to communicate better with each other. I can’t describe the effect that Lemonade had on me. I understand this album is not for me, I’m not a black woman, and I’m delighted that it’s so unashamedly celebratory of not being for me, but I love it, and I couldn’t not write about it. When it first came out, a man tried to explain to me why I couldn’t identify with it, why my interpretation was wrong. And it nearly worked, I felt embarrassed to have had any thoughts about it at all. But then I watched it again, and I realised that just because it isn’t for me doesn’t mean I can’t be fed by it, stimulated, encouraged.

To my mind, Lemonade is Beyoncé offering herself up, admitting that ‘[she’s] not too perfect/to ever feel this worthless’ and the album, especially its visual element, is an in your face manifesto for the power of intimacy. Beyoncé is famously private, and doesn’t talk about her marriage or her child in interviews, but she has in this album rejected the trope of celebrity tell-all interviews and replaced it with art. In it, she reaches out to women, especially black women, and says, I feel this too, and you are not alone, but we have to work together. She too has found herself ‘going through your call list’, being ‘walked all over lately’. On Love Drought she sings ‘If I wasn’t Bey, would you still feel me? Like on my worst day? Or am I not thirsty, enough?’ Who hasn’t felt like that after a breakup, or when your partner’s acting weird and you don’t understand why? Just because she’s Beyoncé has not offered her protection from the insecurities that other women deal with every day. The intimacy offered to us is so powerful, it’s startling.

In both pieces, everyday life is ‘freighted with violence’. The violence done to trans bodies is present when Harry gives his credit card to someone and they see the female name. The violence done to black bodies is openly alluded to. One of the most powerful moments in the visual album is the shots of Michael Brown and Trayvon Martin’s mothers, holding photos of their dead sons. Michael Brown’s mother, Lezley McSpadden, shakes her head as she looks at the camera. These are the women that are supposed to put up with having their husbands and sons shot at random by racist police, who aren’t supposed to make a fuss.

Women are told not to be too open. The existence of the Angry Black Woman trope demonstrates this. Maggie Nelson writes that most people who write ‘nurse persistent fantasies about the horrible things – or the horrible thing – that will happen to them if and when they express themselves as they desire’. ‘What’s worse, being jealous or crazy? I’d rather be crazy’ Beyoncé sings on Hold Up. In Don’t Hurt Yourself Beyoncé appears harshly lit, bra-less and furious, screaming at the camera. Women are supposed to keep their emotions under control. How many times have you held back tears from the fear of seeming weak? I know I have. Women are supposed to be soft, forgiving, and at the same time not upset other people with their emotions. Beyoncé offers women the possibility that your emotions and the bad things that happen to you might actually help you make art.

The Argonauts offered me this in a different way. Maggie Nelson is famous for writing about herself; her books are a mixture of memoir and critical theory. She writes about being ‘feral with vulnerability’ after telling her partner she loves him. She writes about negotiating her partner Harry’s decision to start taking testosterone, her anxieties about it – that he would change, whether their relationship would be the same. The book is about being yourself, and accepting that the self you are will change. She asks, after pregnancy,

‘can fragility feel as hot as bravado? … whenever I think we can’t find it, Harry assures me that we can. And so we go on, our bodies finding each other again and again, even as they- we – have also been right here, all along’

After I read the Argonauts, my main impression was that I suddenly felt that everything was ok. That there was room in the world for every kind of person. The self, as Maggie Nelson writes, is the Argonaut, constantly changing and rebuilding and yet somehow still the same. Something similar can be found at the heart of Lemonade, the two people who reunite at the end are not the same two people who parted at the beginning, yet, somehow, it still works.

Both the Argonauts and Lemonade are acts of collaboration, of creation. In Lemonade, Beyoncé rebuilds her marriage (although I take the point made by the Black Girls Talking podcast that if all you take from Lemonade is a prurient story of Jay Z cheating on Beyoncé, then you don’t deserve Lemonade). As Olivia Laing writes in her review of the Argonauts in the Guardian, it consists of ‘small, miraculous family dramas’. Nelson describes her family squashed together in sleeping bags looking up at the mountain where she lives, she and Harry have just married in the face of same sex marriage being banned in California. Despite the fact that sometimes everything seems against them, she ends the book with a family. Beyoncé shows us a video of Jay-Z and Blue Ivy playing with a football, he hitches his trousers up as he chases after her, giggling. They experiment with how writing about something can make it true.

In the Argonauts, critical theory and philosophy are threaded through the text, in italics with names in the margins. I read this as Nelson aligning herself with these thinkers, collaboration rather than simple quotation. She shows that she considers her words and her ideas to be the equal of those cited. The division between the writer and the writers is blurred, the separate words of each seep into each other. In comparison, Beyoncé and Warsan Shire’s visual album brings together beautiful, successful, powerful black women and ranges them on the same side. One is reminded how often women are turned against each other, as Chimamanda Ngozi Adichie said in another Beyoncé song:

I’m sure you, as I do, have a constantly voice muttering to you about how things would be better if you were better dressed, more confident, thinner. The nice thing about Lemonade and the Argonauts is that they both, in different ways, tell you that it’s ok to have this voice, that your idols do too, and the greatest revenge for the constant barrage of bullshit that most women are subjected to, is to turn this into something that encourages and inspires other women. I will certainly try to keep this message with me.