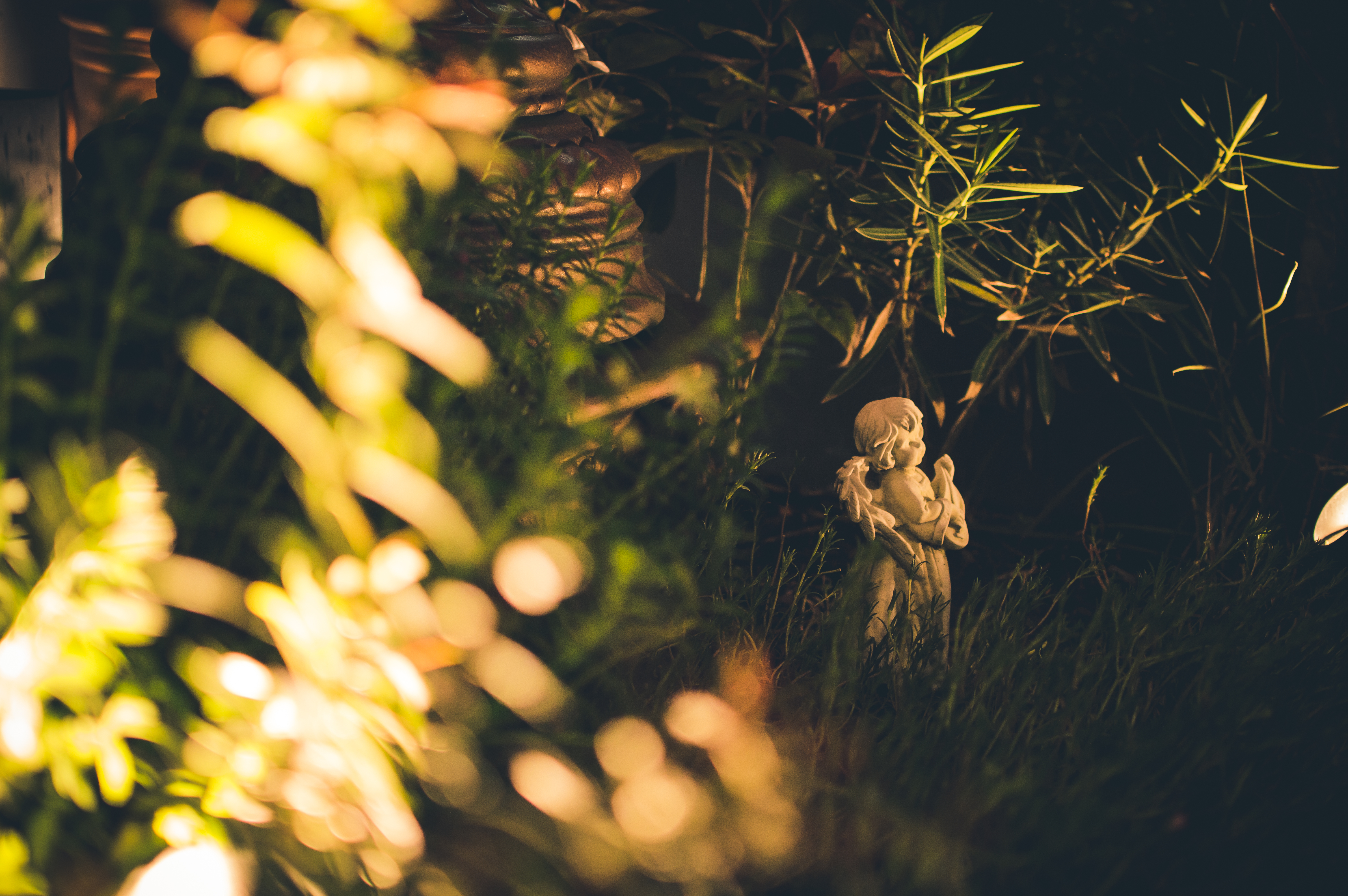 THROUGH THOSE MAGNETS OF LIGHT

Even when gibbous with desire
the moon must wait for dark
as I must circle the far planets
of long days until you return.

Then I’ll ask you to consider the moon
a silver coin on the jeweler’s cloth
of night, how it gives rise to excess
and floods over your flesh

like my frenzy of vows.  But later
through those same magnets of light
that can hold the oceans back,
you will walk away with ease.

HOW THE MOON AFFECTED THE SCULPTING OF EVE

“God formed man of the dust of the earth.” Genesis 2:7

But when God wanted a woman
he did not start with dirt
but the smooth, clean curve
of rib, perfect
except for the broken end.
Working it up into her
against the smell of musk
melons in the humid air
of the garden,
Eve took him
into her night.  The moon floated
out of his left eye.  Those
vast unpracticed fingers
slipped.  Now all women bleed
with the moon tides
of that first biology.
Did something rise in him then:
the idea of making her


for himself, something else
for the man?
As he laid her
across the colossus of his knees
to carve the long line
of spine down the bottom
of her back, he was more concerned
now with symmetry, the balance
of buttocks with breasts,
how to give her two mouths.

Slow work then
to dig out a passage for pleasure,
a crevice as wonderful
as thunder, as dangerous
as a fault in the earth,
as tinged as the ripened skin
of the innocent apple.

AN ENCYCLOPEDIA OF MOON

to take turns in dominating our sky?  Or was
it to practice cabochons, slivers and crescents

and gibbous distortions like his thumb print or milk
in a porcelain basin, a communion wafer, a blind eye,

a 1945 aluminum penny, a scoop of crushed ice,
a feldspar skimmer, a single headlight, a white cat

curled up asleep, a slice of rutabaga, a baseball,
a ceramic toilet bowl, a cotton pad, a marble taw

from Carrara, a cloud, a smear or a smudge
on night’s chalkboard, a pellet of dough waiting


to rise, a tangled silhouette in the branches of a tree
like foreshadowing in werewolf movies, a dollop

of wax, a lit gas globe, an peeled onion, a balloon,
a sand dollar, a crystal ball, a hard-boiled quail egg,

a bleach spot in the black curtain of night, a white blossom
or orange as a harvest pumpkin, blue, grey or yellow,

on the water, a quarter, a nickel, a dime as it wanes
toward the West, capital growth as it waxes Eastward,

then a shinny scimitar, a Crenshaw melon rind, an arch,
a capital C, a fingernail paring, eclipsed or new, a button

an alabaster stud on the sky wearing its best navy serge or
a silver gong rung all night as the world turns like a crank?