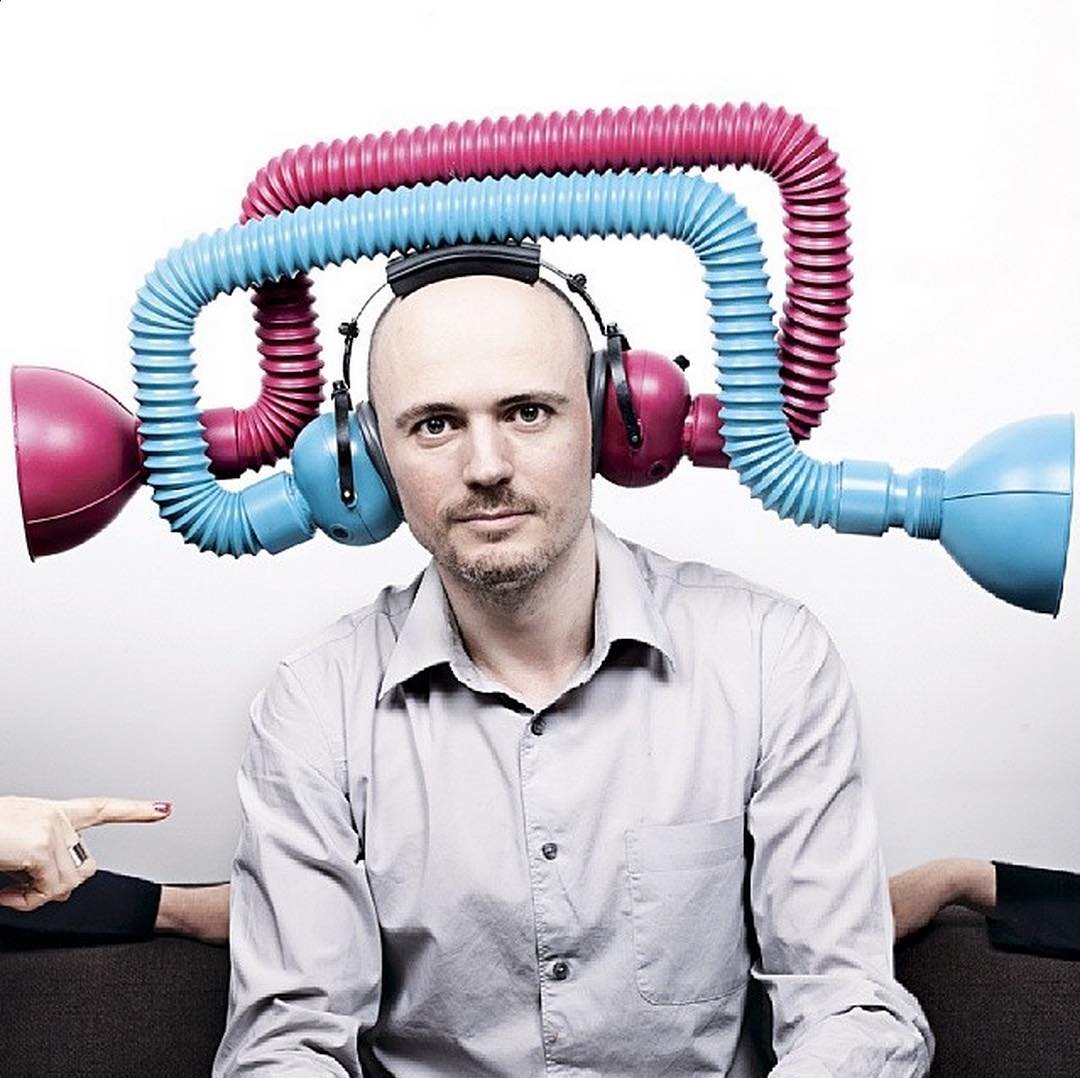 A conversation with Dominic Wilcox

Just by having a look at Dominic Wilcox’s portfolio you might think he is quite a peculiar artist but, after meeting him, you would be convinced that he is totally outlandish. Despite having just met him, he brought me into his world and described what’s behind his crazy ideas.

Born in the North East of England, Sunderland, he was a normal kid, playing with usual toys like Lego and making airplane models. It was when he started engaging with his colleagues at the Sunderland Art and Design Foundation course, that he discovered he had a talent devising unusual ideas: “It was a way for me to express myself and communicate with people because I was quite shy”, he explains.

After graduating at the Edinburgh College of Art, he started making objects based on his sketches, but he wasn’t labelling his creations: “I didn’t know what to do with my drawings or how to fit in: ‘is it art, is it design?’. I was asking myself, but I’m not in any of the categories.”

Searching for an outlet for his ideas, Dominic moved to London to study Product Design at the Royal College of Art, while working in a bookstore. Simultaneously, he set up a little design business partnership with a friend, Steve, but that wasn’t the right format for Dominic’s inquisitive mind. “When I was at the Royal College of Arts I was listening a lot, I had low confidence and that brought me to a standstill. I lost myself, I lost my own way of doing things”, he tells me.

As an attempt to escape and reconnect with his world he moved to Berlin. As with many creatives before him, Berlin proved itself to be a great place for him to find its own voice again. But instead of networking or partying hard, Dominic found his place at Gorlitzer Park. He enjoyed spending a lot time with himself: “I didn’t know anyone and I didn’t know how to meet people and stuff like that, I just wanted to sit in the park and think about ideas! There were some punk rockers playing golf and frisbee everyday and I just watched them, until I thought ‘uhm I should really do something’. I think boredom is one of the greatest inspirers of creativity.”

Hence, Dominic went from contemplating the surroundings to scribbling down observational drawings, empowered by an unusual perspective made of humour and playfulness. Once the sketches were uploaded on his blog Variations on Normal, “I started to have an audience, people were leaving comments and giving feedbacks and my ideas began to have a value. The Internet has been a very useful tool to expose my work and encouraged me to draw more and do my own things.”

Among “his things”, or as I would call them wondrous novelties, we find – to pick just a few, The Stained Glass Driverless Sleeper Car, the Tea cup with inbuilt a cooling fan and a pair of GPS shoes that can guide you anywhere. Glaringly, he is more than an designer: he is an inventor, an artist, a scientist, a manufacturer, a maker, a brilliant thinker and a witty observer, all in one. Dominic Wilcox has got only one tool: imagination. “I could invent a whole planet. I can’t make it, but I can draw it – that’s pretty close!”.

Like a solo-traveller looking for something he is not aware of, Dominic explores the world in quest of rare gems: ideas. An explorer in the wild land of imagination constantly taking bits from his surroundings, connecting intuitions and transforming them into unique visions of the ordinary world.

Despite the irrational appearance of his objects, he actually follows a conceptual strategy which seeks innovation and tackles the absurdity of an issue, like in the reverse listening device. It doesn’t matter how big the idea is, it all ensues from a thought-provoking observation. In fact, he states: “I enjoy the challenge of revealing things that haven’t been seen before. The more dull and boring the subject, the more interesting is to search for something, and the more surprising it is when you DO find something that no one had noticed.”

Rather than trying to come up with the greatest idea of the year, Dominic uses his imagination to reach those gaps in the everyday life that haven’t been filled yet. “Like in a really noisy pub, when somebody mishears something, the mishearing can be filled with the imagination and that’s what makes more interesting what people say”.