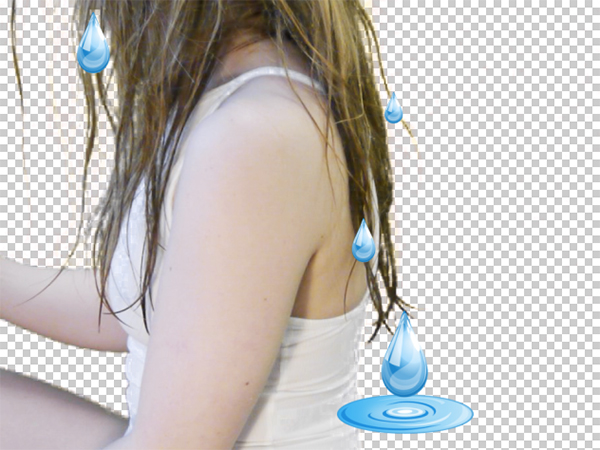 Radiant Women Who Are The Most Desirable And Most Frightening That Exist.

My mother tells me that dreaming of water supposedly signifies new beginnings. Throughout the past two months, I have had a recurring dream in which a young girl lays motionless in the calming waters of a grandiose pool. Much like John Everett Millais’ representation of Ophelia, although beautiful and peaceful, the girl presents a sense of manic sadness. At once, the harmony of her environment is broken, with the walls of the space bursting violently and the room becoming saturated with clear, blue water. Then I awaken.

As well as being used to depict the extreme emotional spectrum, the Water Droplet Emoji also comes into play when discussing my own personal issues around fertility. With an overlooked and ingrained fear of potential fertility problems, at the age of twenty-two and wanting to excel socially and professionally, pondering on the thought of being unable to fulfill my biological destiny is a tough pill to swallow. As with many women my age, the expectations of being professionally fulfilled and being a mother in the future are both significant goals, yet somehow they don’t seem to slot together as comfortably as they should.

To work through the pressing issue of infertility, the façade of the fertile body arises often within my performance and video works. In evolutionary psychology terms, the female body should be proportionally balanced: the hips and the breasts of similar size, and the waist cinched in. Through its increased circulation within popular culture, this body ideal is modifying the expectations that young men and women have of the female body. What’s interesting in the case of the super-famous, hyper-sexualized Khloe Kardashian, is that she discusses openly her potential of being infertile but continues to boast what is seen as a tremendously desirable and idealistic, fertile body. This marks a significant change from the ‘90s idealised supermodel shape that possessed no fat, no curves and no hint of being physically ready to bear children.
Sexualisation of the self and physical beautification of the female body are now the most publicised and documented in history but the subtlest that it has ever been, due to the veneer and immediacy of social media. Along with physical cosmetic enhancement, we are also bombarded with images that have been digitally manipulated, leaving us with unrealistic goals. This façade makes women of the internet the most desirable and the most frightening that exist, as we can present ourselves as something we strive to be, but definitely are not. We use emoji’s to lighten the tone of our messages, filters, and frames to tactfully edit ourselves in social media sites, to present ourselves as physically and digitally sexual just so we can cover up the fears, hopelessness, and disappointment with our biological bodies.

Jade Anna Williams is a video and digital artist whose work deals with ideas around her personal relationship to body beautification, the façade, and constructed realities.