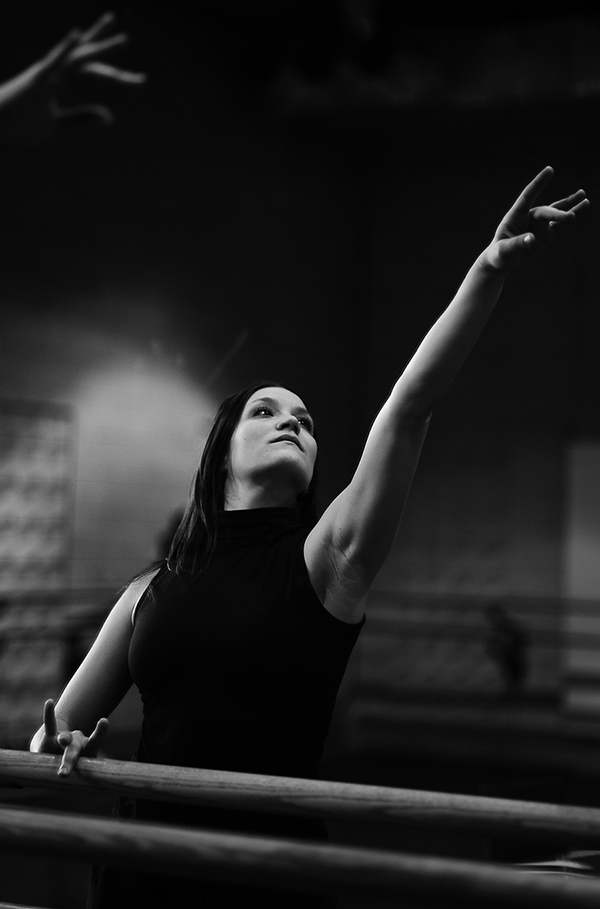 The visceral work of an all-women dance company

A woman whose head is covered by what seems to be an overturned yellow skirt dances on an indigo blue background. The beauty of the movements contrasts with the anguish provoked by the lack of oxygen, the suffocation we are witnessing. This is not unusual for choreographer Avatâra Ayuso, who prefers a hostile audience rather than an indifferent one. Actually, there is an anecdote that perfectly illustrates the kind of reaction her choreographies trigger: three years ago, at the end of One Million Friends, one of her seven productions of 2012, an old man came to her at the end of the show, saying “I think I like it… but it made me feel quite uncomfortable.”

The image of this woman trying to get rid of an embellished sack that covers her head could be a metaphor of Avatâra’s struggle to make her voice heard in the British dance scene, a world where women choreographers are clearly under-represented.

“Being an immigrant is hard enough, you have to work three times as hard to prove your worth,” she says. “It is the fact of being a woman that really stops me from getting to the top. This does not mean that women are not valued, but we are far from receiving the same opportunities as men.” This is not the case in Germany, for example, a country where women choreographers play an important role with prominent figures such as Pina Bausch, Sasha Waltz, Susanne Linke, and Constanza Macras.

Daughter of an incurable optimist nurse who faces death on a daily basis and a self-employed engineer who taught her how to be enterprising beyond her comfort zone, Avatâra has opened herself to the unknown since she was very young. Her parents often took her to remote places in Africa or South America and they taught her not to be afraid of anything.

So when she reached a point in her career where, despite having had her work commissioned by institutions in Germany, France, China and Azerbaijan, she still strived to show her work in the UK, she didn’t hesitate. Instead of complaining about the lack of support from British institutions to program her work, she decided to raise herself the £40,000 she needed for her production Provisional Landscapes, which opened at Lilian Baylis Sadler’s Wells in November 2014. In her new role as a producer, she managed to convince different institutions to support her project and organized a kickstarter campaign, apart from investing her own savings. This effort paid off and thanks to Provisional Landscapes Avatâra has been nominated for the 2015 National Dance Awards in the category of Emerging Artist.

Her parents also gave her the gift of a unique name, which in Hinduism represents the manifestation of a deity in bodily form. And this is precisely what Avatâra does: she gives bodily form to abstract concepts. She has an insatiable curiosity and she finds her source of inspiration in all sorts of fields: from anthropology, poetry, theatre, linguistics to architecture After a period of research, very often with the help of an expert, the alchemy of turning all this theoretical knowledge into something tangible and physical starts.

AVA Dance is an all-women company. “This was not a deliberate choice,” she says. “When I founded the company, the only dancers who had the level and intensity I was looking for were women. I did not want to hire a male dancer I was not 100% happy with just because he was a man.” As usual, Avatâra turned this setback into her favour. If something makes her work really distinctive, it is her feminine approach.
The women in her productions can be delicate when they have to be so, but they are mainly strong, masters of their own destiny, not afraid of making their own decisions. Avatâra works with her dancers until their bodies ‘vomit’ the movement that illustrate the concept she has in mind. The work is visceral and intense, physically and emotionally, and this is why establishing a relationship of total trust between choreographer and dancer is paramount. Avatâra says that she does not only choose her dancers; the dancer must also choose her. Sometimes she demands things from them that they ignore they are capable of doing but, like the sculptor that looks at the piece of marble chisel in hand, she has the vision of what is hidden inside the person.

Avatâra bases her work on trust and she manages to get the unexpected from her dancers by building up an intimacy based on respect. The result might not be strictly pleasing, but it is definitively going to have an impact. No wonder she is considered one of the five young choreographers to watch in the UK.