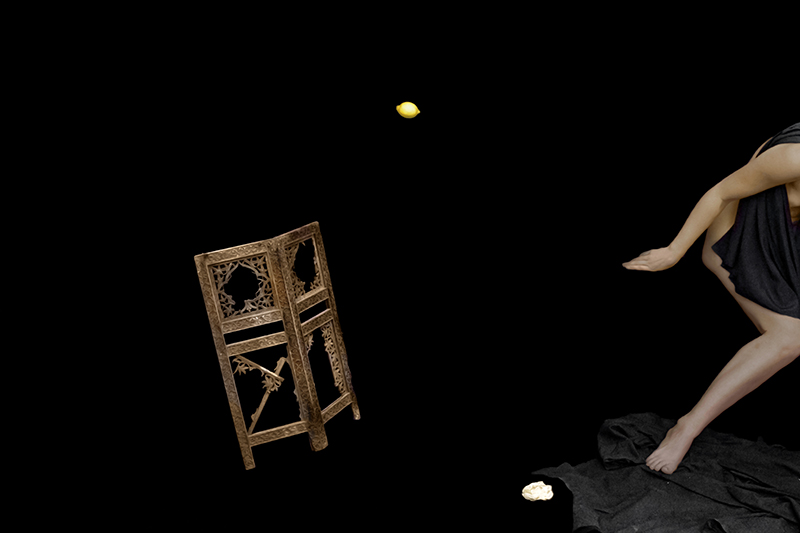 Towards a possible manifesto; proposing Arabfuturism/s (Conversation A)

“What about starting with where it’s come from, something like that? -”

“-But they’ve called it a swarm, an influx-”

“There is something happening in Europe.”

“We are distinctly distant from the mythologies of nationhood and home-”

“Stand up and step back.”

“-The nation is dead, it is a citadel of illusion that has collapsed; pour me a drink and let us drink of its ruins. -”

“-Arabfuturism is accelerating the transformation of representation; beyond the logic of the state.”

“-Surrounding the policing, observation and censoring of brown minds-”

“-…Indefinable in the emergence of an autonomous hybrid sedimentation of identities that is dismantling the boundaries and expanding the borderzones between constructs of culture and civilisation that have assembled a contrived European identity in opposition to an historic Other.”

“Something about re-examining history?”

“-Arabfuturism is a re-examination and interrogation of narratives that surround oceans of historical fiction. It bulldozes cultural nostalgias that prop up a dubious political paralysis and works to solidify and progress a progressive force, towards being subjects and not objects of history-”

“If the ultimate hegemonic power is the power to define and not the power to conquer; the map, the straight line, legitimacy and authenticity are questions that flutter between the virtualities and actualities of adopted identities.”

“What are we proposing?”

“Arabfuturism is an impetus that seeks to accelerate the annihilation of the ideological apartheidic walls, whose delusional hallucinations make us cower in fear at the deafening loudness of our indifference; whilst we dance to the silence of our differences.”

“- delusional hallucinations make us cower in fear at the deafening loudness of our indifference (whilst we dance to the silence of our differences.)”

“But there is something happening in Europe,-”

“Arabfuturism conceives instead, an origin in imagined space, towards the abyss of an imagined future”

“-Dancing on the ruins of the post-orientalist stage; in the desert of the unreal; high on the opulence of emptiness.”

“- Violent births of countries; the expansions and contractions, the demise and deaths, -”

“-the demise and deaths of nations.”

“-Something is happening in Europe-”

“-It is a citadel of illusion that has collapsed.”

“-The internet as a public square,-”

“Arabfuturism celebrates the temporalities of our collaborative genealogies-”

“Present tense. Mourns the immortality of our insular mythologies of selfhood.”

“-an emergent cultural aesthetic; accelerating the transformation of representation;-”

“-beyond the logic of the state.”

Towards a possible manifesto; proposing Arabfuturism/s (Conversation a) is a reinterpretation of a transcript which documents the beginning of a discussion that took place in late July 2015.

The text converged into a wider project of mapping, defining and proposing alternative narratives in the wake of a disintegration of the contrived fortresses of European geopolitical identities.

Pluralised and in a state-of-becoming, Arabfuturism/s is a question and a movement forward that interrogates fictional historical narratives; a post-post-colonialist reflection on what actually is. Perhaps, as the text begin to propose, the ultimate hegemonic power is the power to define; Arabfuturism/s could become an attempt to move towards a decolonial definition of the European-Arab (and beyond?).

The proliferation of protests against  the hegemonic stance on European people of colour (and the exposure and rise of the #blacklivesmatter movement) shows a gradual alignment of these diverse struggles. Along with a growing discourse, within Europe, surrounding the policing and censoring of brown minds, in an ongoing information warfare and in light of recent seismic global political shifts; the power to define has never been more contested.

Arabfuturism/s, like most creative provocations, is born of counter-culture. Notions of belonging are constantly challenged by the strangers, the marginalised, the outsiders: workers, rebels, immigrants, artists who see from the margins – looking in – that there is no homogenous culture or identity.

An iteration of this text was published in a book compiled by artists, thinkers and internet activists under creative commons license, in memory of Bassel Khartabil, a Syrian-Palestinian open software developer, coder, thinker and founder of a Damascus hackerspace. Threatened by a free information movement and an open internet, the Syrian authorities arrested and detained him without trial in 2012. In October 2015, he was transferred to an undisclosed location and is rumoured to be sentenced to death.

Despite having all his records deleted, a group of online activists and archeologists subsequently released Bassel’s #NewPalmyra project:an online collection of reconstructed 3-D models of the city. It is no surprise that instances and manifestations of #arabfuturism have happened simultaneously and independently around the globe, within European-Arab circles and other diasporic circles within and outwith the region.

The use of “-futurism” here is not intended to reference Futurism as movement, neither is it an explicit reference to the “futuristic”. Instead “-futurism” is anticipating a future, it signifies a defiant cultural break, a projection forward into what is, beyond ongoing eurocentric, hegemonic narratives.

It is hoped that, by increasing deposits, digital or otherwise, these ideas can contribute to a growing counterculture of thought and action that through time will be found and used in the construction of alternative states of becoming.