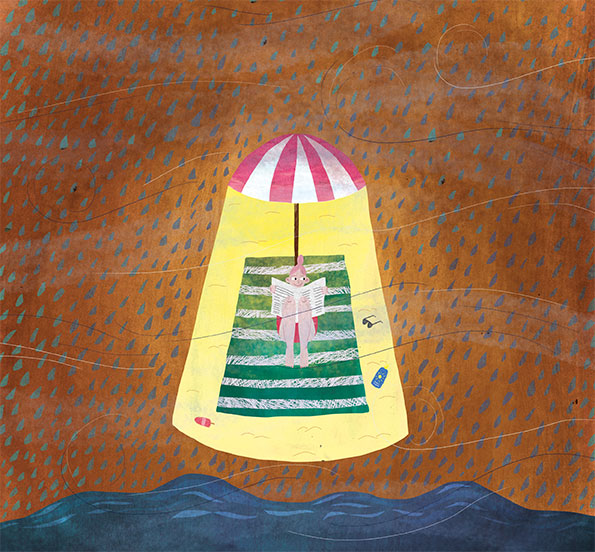 It started after I moved to the UK. A quiet, creeping change had begun within me and I hadn’t even notice it. For all I knew I remained the same sun-loving, heat-seeking, ocean-going Portuguese guy that would get high on Vitamin D and beg for more when nightfall came.

Any southern European, whether tanned or as white as they come, can’t deny that, for the most part, our sun and summer have come to define us. The sunny hills of Tuscany, the tantalising French Riviera, the heat-drenched cobbled streets of Spain and the fresh sea fronts of Portugal would not populate the world’s imagination if it wasn’t for the gold-stained filter we see them through.
And all the traditions and character that define each country are, in one way or the other, related to how they reacted to the that blazing ball in the sky. The sun that dries sardines, ripens grapes, induces a delicious siesta and awakens that unparalleled city-lighting you won’t find anywhere else in the world. But I feel a darker, damper side of me lurking in these months of bright
sky. A rain-induced fever that seems to be taking over, squeezing itself in between beach locations and ice-cream preferences in the back of my brain. I came here a year before the Great Moaning of the summer of 2012, where a glorious Olympic season was followed by enough rain to wash away any victorious smile. After that, I grew accustomed to the British way of spending the summer. So when 2015 arrived with all its threat of becoming the wettest summer in years, a shrug of the shoulders felt natural. With July recording some extraordinary downpours, with a month’s worth of rain being dumped across Britain, not much could be done or said – unless you work for the press, for whom the subject of bad weather is king.

But something caught me by surprise. As the rain trickled down, I arrived to a startling conclusion: I have become a Bi-Tropic Immigrant. This condition only sets in after living through a couple of British summers. Some say that it’s to do with experiencing a high water to sun ratio over the course of the years: at least, that’s my theory and it sounds very true to me. One big symptom is that I no longer run for cover, or get irritated or even reschedule meet-ups when a few raindrops fall from the sky. I actually enjoy some of these occasions.

Just last week, when a friend of mine invited me over for a barbecue and it started to drizzle, the immediate reaction of most attendees was to run inside, save whatever fish we could, drag the furniture to shelter and wait for a better time to re-start the grilling. But this time around I stuck with the seasoned BBQ’ers – read Brits and Bi-Tropical immigrants – who stoically stayed outside. Heck, I even grilled a few squid while fanning my arm out so that the barbecue flames didn’t extinguish!

And as I settle in to my newfound Bi-Tropic summer persona, I find that catching the condition actually constitutes a rite of passage. The common trickle down of rainwater down my legs when I go out in shorts even though there are some clouds in the sky (“You never know when the sun might come out!”); the trips to the beach that in no way become dull when I’m walking down the pebbles to the sea and a sudden splash of rain hits me by surprise; or the wooly jumper in my backpack ready for that wet summer chill coming from the Scottish Highlands. All of these only prove that for another year I get closer to calling London home.

I will still be heading south later this year to indulge in that much missed Vitamin D and warm Saharan weather fronts that engulf the Mediterranean. I will love it and still miss it when I head back north. When I get there, at least I’ll still carry some hope with me, because there’s nothing wrong with wearing a raincoat while sitting on the beach. If anything, it makes for some extreme holiday plans that only true Londoners can make.