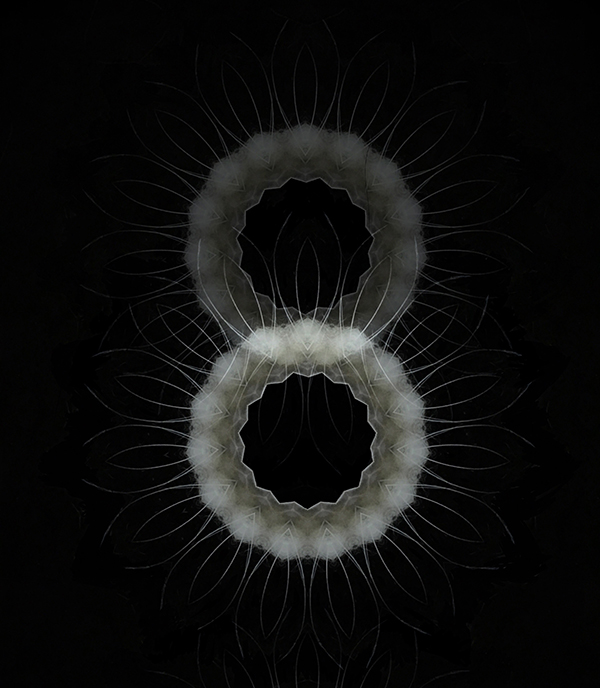 My mind is teeter-tottering. The results of my latest experiment are in, and I don’t know what to do with them.

I must sit down and carefully analyze the impacts of my discovery on science, on society.  But how can you do that when your world has suddenly turned upside down?

This will be a very brief story… if a story it is.

I am not a professional writer, so don’t expect minute details of background and subtle nuances of characterization. It is not necessary for me to state, or for you to know, whether I like blondes or brunettes, whether I eat cucumbers or not. The only thing you need to know about me is that I am a male belonging to the species Homo sapiens. (I am forty years old and happily married, if you really want to know). Important to the story is the fact that I am a research biologist, and, keeping modesty aside, a good one.

For a long time, I had been fascinated by the different theories of evolution. How much truth was there in each of them? I wished I could lay my hands on some conclusive evidence about them. All the evidence around me was circumstantial in nature, subject to numerous interpretations. I was not satisfied.

Then, at last, my research led me to a fail proof method of testing the theories of evolution. I invented “the Atavism Device”.

It was based on some of the latest discoveries in the field of Kirlian research. I will leave for my scientific paper the details of the principles on which the machine worked. Here, I will only give a brief outline of its function.

The function of the device is quite well embodied in the name, I think. The machine causes atavism in the purest sense. It works this way: A specimen is taken and placed inside a box provided for it in the machine and the machine is switched on. The machine then starts a tremendously fast process by which, within a few minutes, it peels off layer by layer the evolutionary changes in the specimen, finally transforming the specimen into the organism from which it originated.

It was an ideal way of testing out the theories of evolution. I tried the machine out on various specimens from the lower class of animals. It worked beautifully. It seemed that, at least in the lower organisms, biological evolution was a fact. I continued my experiments, moving slowly up the ladder until I reached the primates. My first subject in this class was a male ape.

Now listen carefully, for I am coming to the end of my story.

I put the ape in my machine. Soon, I could observe changes in the appearance of the ape. The Atavism Device was working fine. Evolution seemed to be at work in primates too.

And when all the evolutionary layers had been peeled off, in the place of the ape lay the body of a man.

Ahmed A. Khan is a Canadian writer whose work has appeared in various venues including Interzone, Strange Horizon, Anotherealm and Murderous Intent. He has also edited/co-edited anthologies: "SF Waxes Philosophical", "A Mosque Among the Stars", "Cheer Up, Universe", etc.