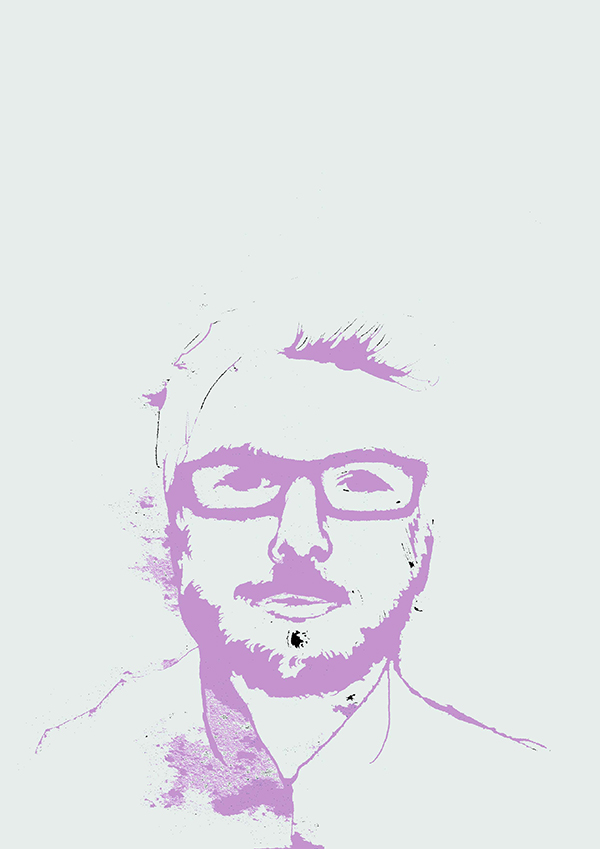 They are primarily in their 20s to mid 30s and seem to feel more empowered - and more entitled - as a generation.

The figure speaks easily. Words amplified through a lapel mic.

They are primarily in their 20s to mid 30s and seem to feel more empowered – and more entitled – as a generation.

They value independent thinking, counter culture, progressive politics and have an appreciation of art, indie rock and a large array of television series.

Their goals are different, they aren’t interested in marriage or stability, but instead want flexible, freelance- style work that allows them to follow their passions.

They often work in Fashion or Graphic Design, some are Musicians or Artists themselves.

They work primarily through the medium of email. They have Gmail accounts that are normally their names with or without full-stops to delineate first name/last name. Any attempt to contact individuals should begin on this assumption: first name dot last name at Gmail dot com and go from there.

They have an interest in vintage and thrift store inspired fashion and often wear tight jeans, Converse sneakers and have thick rimmed glasses, sometimes with a band t-shirt and sometimes with a button up shirt tucked into the tight jeans. The women wear high waisted pants with floral or otherwise patterned blouses tucked into their jeans. They wear Doc Martins or similar boots. Everyone like RM Williams boots and they like to comment when someone buys a pair and always refer to them as “RM’s”.

They are staunchly against hypocrisy, callousness, dismissiveness, hyperbole, and arrogance. They like irony. They like witty banter.

They know the difference between good memes and bad memes.

They are very selective about what they laugh at. Online they post about the following: injustices, significant moments in their life (especially ‘achievements’) and only post videos to friend’s walls, never on their own. They curate their online aesthetic well. They use Instagram.

Casual sex is not looked down upon although there is the sense that if you do it a bit too much it’s because you “haven’t dealt with something” or are “dealing with it in the wrong way” but long-term partnerships are also common, often they might talk about marriage and maybe about how they “get it as a cool party about love” but also acknowledge that it’s obsolete. Some of them are gay. Most of them would say that it’s about who you love, not about the genitalia and many have experienced feelings for someone of the same sex.

They reject the culturally ignorant attitudes of mainstream consumers. They choose not to engage with traditional advertising and will Google the best option for any purchase and most likely order online. They have installed ad-blockers on Chrome or Firefox and will use these browsers over Safari or Internet Explorer.

They have an innate team orientation and are excellent collaborators, which makes them incredibly employable in new working environments.

They sometimes feel as if sex is sort of losing its appeal as time goes on.

Social, local and places of personal interest are what will resonate with them. A feeling of authenticity is what they respond to and this directly affects how they spend. Authenticity guides their engagement with cinema, visual art, fashion, politics, friendships, restaurants, bars, overseas travel, music, events and the suburbs where they choose to live.

They use AirBnb and often they are University educated in Arts, Maths, Sciences and the Humanities and many now work in these fields. They like coffee. They see corporations as being very powerful but having little heart and they try to affect the world through choosing how they spend. They try to make change using their dollars. They are suspicious of charities. They can fake their way through a conversation about sport – they know the rules of several sports –  but they are not real fans.

They do engage with popular music alongside their other interests, particularly with female artists perceived to be empowered. They listen to FBI or Triple R or 4ZZZ although occasionally they will flick over to Triple J to see what’s playing. They care about the Hottest 100 but are always disappointed with the number one. “Who are the Ruebens?” they ask their friends at the BBQ, “no one has heard this shit before, how the fuck is Drake number 14 that’s insane and I thought Courtney Barnett would be way higher” is a fairly common refrain amoung members of this generation.

As a generation, they are trapped in a kind of middle ground between caring and not caring about everything, about believing in political change and harbouring apathy towards its possibility. They are in a constant state of oscillation between these extremes.

Many suffer from what they would describe as a mild form of social anxiety. This is not just the feeling that they are a bit scared away from the internet but a real thing that many people experience.

They ironically use the term Latte Sippin’ Keyboard Warrior.

They hold theme parties. They drink a lot of alcohol as a generation but their use is shifting. They’re bingeing is mostly done in small groups either in share houses or at a series of small bars. They use the term pre-drinks and are conscious of saving money. They used to go to more Music festivals but now can’t really be fucked and make fun of Stereosonic. They shared that video about Stereosonic to a friend’s wall.

Their passwords include multiple capitals and numerals and are very safe. They name their WiFI signals funny puns because they saw someone on the internet had done that. Troy and Abed In the Modem.

They have at all times a vague sense of worry because they hate themselves and everyone around them but keep on trying to make it work.

They are overly impressed by anyone’s ability to jack up a car and change the tire and they help each other move houses.

They are – slowly – turning into their parents and they have figured out that if they leave the aircon on while they sleep, they can more convincingly fake a sore throat if they call into work sick. They sleep with the fan on.

They once had a blogspot and on my text edit that corrected to bloodsport and I like that better. They think auto- correct jokes are funny but can tell when they are lame.

Tote Bags are their most purchased item. Tote bags with ‘this is what a feminist looks like’ imprinted on them are a must- have item for many men of this generation and being a feminist gets you laid.

Prostate and ass play isn’t anything to be ashamed of, neither is multiple partners or open relationships or having a kid together. They value their careers over having kids. They have vague notions of “what their life could be without kids” and it really is wonderful in their heads.

They build strong echo chambers of support for everything they do so they only very rarely feel in the wrong but when they do feel in the wrong they own up to it and use this as a psychological tool to reengineer the situation into a story wherein they overcame their own privilege or misconception. They’ll happily tell you they used to use the word faggot in high school for example but then recount how they used the word or called something gay in front of a good friend of theirs or a tutor and that totally changed their perspective.

In some instances, people of this generation will kill themselves and know one will really know why but those around them will think that in some ways it was expected.

High on MDMA they have all said something to the effect of WE ARE MORE CLOSELY ALIGNED TO ISIS THAN WE ARE TO THE FEDERAL FUCKING GOVERNMENT.

If you want to reach this group you need to think outside the box as they are an as effective content provider as you are, if not more effective. They are extremely clever and productive.

They use Woody Allen to prove a point.

Australia is a dirty word but they love Australiana, the 70s and 80s Australian aesthetic is desirable to them because they lack a national identity that they can easily engage with beyond the repeated shames of our refugee policy.

They use Gmail Chat and iTunes. They read Tao Lin.

They paid cleaners to come after they threw an after party for a Law Revue so they could go and get Yum Cha down the road and (this is true and really happened and it was a group of students from Sydney Uni, an institution which only seems to produce arse-holes) they had already worked that into the budget so they wouldn’t have to clean up after themselves.

They half non-ironically drink cans of VB at festivals and either don’t know or don’t care that Carlton United Brewers are huge donors to the Liberal Party, as is Coopers, and they love Coopers Greens but Coopers Reds make them a bit aggressive so they mostly stick to Greens unless they, for whatever reason, care about their level on alcohol intake comparative to the dollars they spend. Reds are probably better value.

The house lights come up.

The figure looks out into the crowd.

This takes some time.

Mark Rogers is a playwright and theatre-maker living in Sydney. He makes work with Bodysnatchers, Woodcourt Art Theatre and Applespiel.