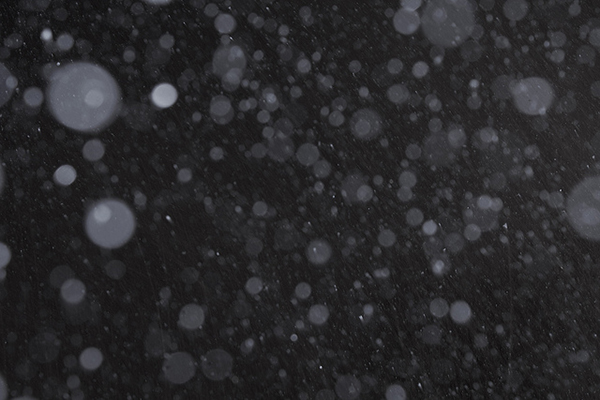 A tribute to the goddess Athena.

The spider awaited her acolytes. When I opened the bathroom door to let out the steam—a tropical sigh smothered by the chill night—I saw her in the corner above the bed. I knew she was a female; she had the look of a caryatid on a dais. Our Lady of the Archaic Smile.

Fuck, I said. The damp in this country makes the bugs grow huge.

The she-spider spoke: I am the goddess Athena. I demand tribute.

I paused in brushing my hair. I blinked. I thought of that one time I did mushrooms in high school.

I am the goddess Athena. Kneel, you filthy creature. The tiny mouth opened and closed like a wing flutter, an eyelid.

I bent at the knees, but only to grab the broom from the closet. I pushed the handle into the corner and tried to nudge her toward the window.

How dare you jostle the goddess! The handle cracked me across the ear. Kneel!

I lowered myself to the ground. My ear throbbed like it had grown its own heart. What the fuck, you fucking—

What do you want?

I don’t know any.

You’re mortal. Breeding, birthing, breathing, fucking, dying. You bleed narrative. Your hearts pump it out of the jugular.

The gods unite like clouds that join, then separate.

I looked at her for a moment. Then she said, Or is your inside not a thing you want to see?

That had worked before. It was what had gotten me to do mushrooms that time.

I told the only story I knew. The story of my birth.

I was born on the coldest day in a decade. My mother had just made a bowl of beef stew and she lost her best dish when her water broke. She always says that she felt like the headwaters of the Nile, there was so much fluid. She dropped the dish, and the pieces floated away. The roads were terrible; the snow was blowing in a gale on the highway and they barely made it to the hospital. When they arrived, there was only an intern and a nurse on duty.

I looked up. The spider had begun to build a web in her corner. She stroked the silk like a violin string. And?

That’s all. Then I was born.

You’re leaving out everything.

How do you know?

Because mortals are half-things. Only the gods are whole. Looking at you is like looking at the shed skin of a greater creature. She lowered herself to my eyes on a single thread. I see through you. Now tell the rest.

I stared into her hundred glassy pupils. I only saw my reflection.

The door seals on the old truck were shot, so Dad got Mom into the passenger seat and then closed a woolen blanket in the door. It kept out the wind, but he had to drive blind on one side. Mom was wrapped in the afghan from the couch. She had a hot water bottle down her dress.

The spider had begun weaving again. The low light from the bathroom caught the interces of the strands; the bedroom ceiling was a web of constellations seen through frost.

The plow had pushed two feet of snow from the highway into the entry lane, and Dad had to floor it to clear the bank and make the access road. He grabbed Mom, and she grabbed her stomach. He always says it was his Stallone moment, his Schwarzenegger stunt. Mom says they fishtailed onto the highway. She thought they’d lost the back axel in the snow.

The spider came closer, trailing silk over the headboard and lamp. What happened then?

Well, they could only see two feet in front of the truck. The snow, the way it blows at home, it’s like a dust storm in the thirties. There aren’t any trees or hills on the prairies to stop it, so it just draws a wall of white from the earth and the sky. It’s like it’s alive. Like it’s angry.

They went off the road. The curve by the community centre was a sheet of ice. Dad stopped them from tipping into the ditch, but the wheels were sunk in snow and spinning. He had to dig them out.

What was it like? said the spider. Delicate threads connected the bedside table and the chair and desk.

The air was like a punch in the chest. The cold reached its hand down your throat and pulled out all the heat. You froze from the inside out.

Then I wasn’t talking anymore. I was watching. Dad had the half-size shovel from the bed of the truck and was hurling snow over his shoulder, trying to clear the tires. He hadn’t even zipped up his jacket. He yelled to Mom, It’s okay. Almost got it.

Mom was glowing. Actually, it was me. It was like the amniotic fluid was backlit. Mom’s stomach was a bulging fleshy lightbulb.

I see me, I told the goddess. I remembered some line from Plath. The great I am.

The only fact, said the spider. Her voice was softer now as she looped a thread from my belly button around my shoulders. What else?

Dad, I said. He’d cleared the snow from the back tires and then thrown a handful of kitty litter below each.

He taught me that trick years ago, after we’d driven home my first car, a gear-grinding Ford Shadow I bought from a decrepit lot in Woodbine. Can’t stand cats, he’d said. He was propped against the wall of the garage. But I never go anywhere in the winter without it.

He gestured to the bag with the big-eyed kitten, then to the trunk. Lift with your knees. Then he leaned his head back against the wall and closed his eyes. The litter will absorb moisture under the tires. Give you some grip.

On the highway, Dad wrenched open the truck door and threw himself back into the front seat. Mom was breathing like an engine that kept missing a stroke. The tires spun.

The truck was still on an angle over the edge of the ditch, and the wheels were hovering two inches above the ground.

Dale! Mom was gripping the Oh Shit! handle above the window.

Dad had been staring at the steering wheel, but now he shook his head. It’s okay. We’re okay. I’ll get us out.

I felt the spider’s legs against my lips. White silk trailed from the corners of my mouth, covered my eyes.

He had taken a hit in high school. I was an alternate for the second string, he’d told me. But the only one on game night who didn’t have mono. That ball. It was in a perfect spiral. I was going to pull it off the air like a heavy fruit.

Then he was creamed by a three-hundred-pound linebacker from Central Memorial. The disc between his L4 and L5 vertebrae bulged, and from then on, reaching too far for the salt shaker, or lunging after the fallen remote, flattened him in agony. His back balanced on the edge of a cliff. Standing on the frozen highway, with the wind screaming and Mom screaming, he grabbed the back of the truck, and pushed himself over the edge.

The goddess’s voice was on every side of me.

When is he in pain?

Every day he is.

Every day you are.

Every day we are.

I did. I knew it wasn’t what they wanted, but I went anyway. I broke his back the day I was born, and I just keep taking.

Yes, said the goddess as she eased me onto my side, forehead to knees, and wrapped treble in smooth silk. This is what I want. The gods have no generations. There is no sacrifice.

I heard my heartbeat, and there was only white.

I awoke on the floor of the bedroom. The shower’s steam had dissipated, and the towel was tucked loosely under my arms. The spider was gone.

My phone vibrated on the nightstand. Hey, kid, Dad said from across the ocean. You enjoying the winter rain in London?

I told him no. I want a country of snow.

Sarah M. Gibbs is a Canadian graduate student pursuing a PhD in English at UCL. Her writing has previously appeared in the periodicals Descant and Filling Station.