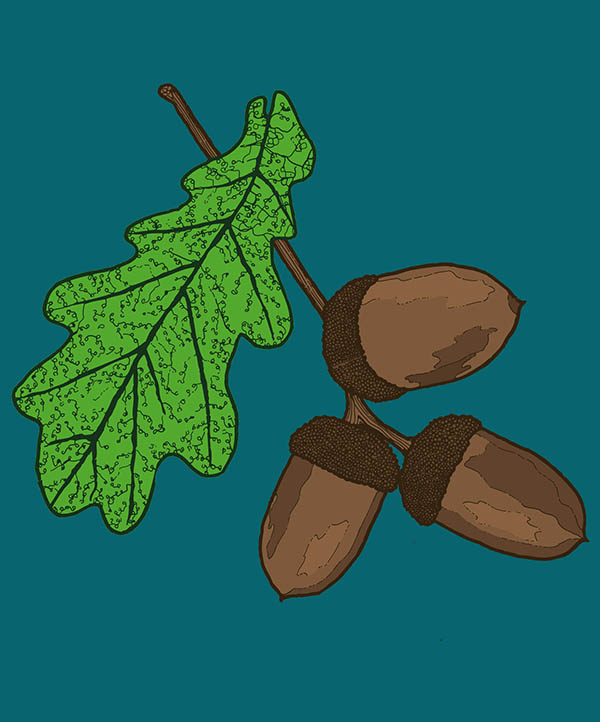 Autobiography of a swine.

Upon waking up on the morning of his seventieth birthday, a man decided to be a pig.

How do you become a pig? The obvious way is to go down the route of affectations, of which there are plenty: walk on all fours, let your buttocks oscillate to the left and to the right. Oink and growl profusely; perfect a language based on such sounds. Develop an appetite for all kinds of food, in large quantities, and refrain from having any if you won’t have an opportunity to chew it up voraciously. Roll in mud.

I didn’t go round the route of affectations. The pigs, the real pigs deserve better, don’t they. Instead, I chose the route of just being a pig.

Okay, I thought, I can allow myself just one little affectation; otherwise it might be too boring. Just one.

Another affectation one tends to encounter in pigs, I’ve come to realize over the years, is that they become restless on the day you walk into their pigsty with the intention of dragging them out for slaughter.

They growl and leap in the hay as soon as you walk in, even though you have been walking in every morning for years – to feed them, or just to check they are still there – and there is no difference this time in the way you carry yourself or look at them.

Some of them have been known to become restless as early as the night before slaughter.

Meeting the wife was the first test.

Every morning, the wife boils milk until the cream rises to the top and crystallizes in long threads of fat. She lets it cool down, hunts down the threads of fat with a spoon and lays them on top of a slice of bread, then sprinkles with sugar. It’s her daily offering to her husband.

The man – no, he is a pig now- walks downstairs. At the smell of the cream on the slice of bread, he almost forgets he is a pig.

‘Hey hey! What are you doing in my kitchen, you filthy beast! Off you go! Off! OFF!’

And she casts him out of her kitchen with the help of the broom.

From now on, he will live in the pigsties.

No, it’s not true I have slaughtered pigs all my life. My first pig I slaughtered at twelve. Dad put the knife in my hand. Only boy in a family of four girls, all older than me. Mum died before I was two. Farmers, peasants, that’s what we were.

For some time after that, I slaughtered a pig every year.

On my birthday. Or thereabouts. In the sort of family I grew up in, birthdays were not that important. We held parties on name days instead. With birthdays, you often wouldn’t even know when they fell exactly (even your own), although you would have an idea of the month or season. And so when the time came to slaughter a pig – well into the autumn, but not in the winter: don’t let the winter start yet – I’d know it was my birthday. Or, if I forgot, one of the sisters would remember: The pig is going up for slaughter, it’s the boy’s birthday.

(Dad never said anything about my birthday. He was never good at remembering those things).

It is not a bad life, being a pig.

At least on day one.

I go to sleep alone – for the first time in, I don’t know, forty-something years – but happy.

I marvel that you can start a new life at my old age.

The next morning, the wife and a man walk into the pigsty.

“I have no use for a pig in this house anymore,” she says.

The pig is sold to the man and put into the back of a truck.

Once they get to the man’s house the pig is released into a field. So spacious, so beautiful. Full of acorn trees. The pig thinks this is quite close to his idea of a pig’s paradise. He walks leisurely, gobbles up acorns, soaks up the sun, walks again.

He will soon discover he shares the field with five other pigs. They all lead relatively independent lives – because the field is so spacious – so the question whether he will be really integrated with them, whether he will become part of the drove, is never much of a question.

He notices that the other pigs behave differently toward him. There is a certain retraction, even fear. They keep their interactions to a minimum, they don’t herd up with him to give a good shake to a tree and then devour the fallen acorns.

What is it about me that puts them off, he asks himself. How am I different to them.

One day he comes up with a hypothesis: it is because he remembers, he has memories, while the other pigs don’t. The other pigs can smell – sense? hear? – his memories, and this makes them mistrust him.

Then he decides against it. He can be a memorious pig.

He is a memorious pig.

From the age of eighteen to the age of twenty-three, I didn’t slaughter any pigs, because I was a soldier in a war.

I used to have a granddaughter who didn’t believe it was me slaughtering the pigs. Every year I invited everyone in the family to witness the slaughter, and every year it was a great party. The little girl always came with her parents on the day but refused to come to the courtyard to see the deed. She stayed indoors, on her own.

One year, as she followed her parents out of the house after the slaughter, she exclaimed: I cannot believe you did that, grandfather. Oh, it was not that she was sorry to see the pigs die. She was scared of the pigs. I had seen her shudder every time she heard them growl from the pigsties, and not once did she agree to visit them.

I cannot believe you did that, grandfather.

The next year was the first year I didn’t slaughter a pig after I came back from the war.

I think it is fair to say this wasn’t connected to what my granddaughter said. It just happened.

One day he is removed from the field, then thrown into the back of a truck together with the other pigs – all together, memorious and non-memorious pigs alike. Is there some agitation? There is some agitation. Not so much among the pigs but rather among the young men who guide them into the truck. He looks left and right. As the truck departs he sees, through the house windows, the man lying inside a coffin, surrounded by people who cry.

For a moment he feels sorry for the man that he will never reach an age where he can decide to become a pig, like he has.

The pigs are taken away, slowly.

My wife was turned on by me slaughtering pigs. Oh yes she was.

In our first year being married we had no pig in the house. It was too early to procure a pig, what with me being just back from the war and everything. Besides, we lived in town and had our own shop. I had never thought I should procure a pig.

One day my father knocked on the door.

“Here’s your birthday present,” he said. He walked away and left behind a beautiful pig, just old enough and just young enough to be slaughtered. My father never said much.

There were no children in the house yet. The next year, there were.

“My grandfather slaughters pigs,” writes the little girl. The title of the essay is: Describe your family – how they look like and what they do.

“Slaughtering pigs is not a job,” says the teacher when he and the girl go through the essay together. “Not anymore,” he corrects himself.

The girl crosses out the sentence and writes:

“My grandfather runs a shop and slaughters pigs.”

He is employed as one of the resident pigs at the region’s most prestigious School for Veterinary Medicine.

It’s not a hard job, and the best thing about it is that it finishes at five o’clock, every day. You just have to let the students palpate you, palpate your anatomy so that they can learn, and be patient with the slowest-learning ones.

Two of his former companions have also ended up as resident pigs. He is not sure about the other two.

All in all, he loves his job.

When I was fifty-five and the children were all grown-up, the wife said: You’re too old for this. Sell the pigs. And so I did. I thought, ok, all I got left to do in life is to wait for death to come and get me. Why did I listen to her? I wasn’t too old – I could start a new life, and so I did. On the other hand, if she hadn’t told me to sell the pigs, I probably would have never thought of becoming one.

One day, several years later, he decides to run away from the School of Veterinary Medicine. It’s not that difficult if you know how to do it. Lots of colleagues have done it, over the years, but it’s always been smaller animals – rabbits, hens, small dogs, a sheep, once. Still – he tries and is soon out.

He goes to live in the wild. He has heard of wild pigs, but has never met one. Still, it’s easy. He soon becomes the first wild pig he’s ever known. Truth is, he avoids interacting too much with other living beings, for fear of being uncovered as Not A Real Wild Pig. But this suits him. With age, he becomes more and more solitary.

He knocks on the door and waits.

Originally from Galicia in Spain and a resident of Glasgow in Scotland, Eva Ferry's fiction and non-fiction work has been published or is forthcoming in the journals and zines Longing for home, Salome Lit, The Public Domain Review, The Corvus Review, The Cold Creek Review and Jumbelbook, among others.