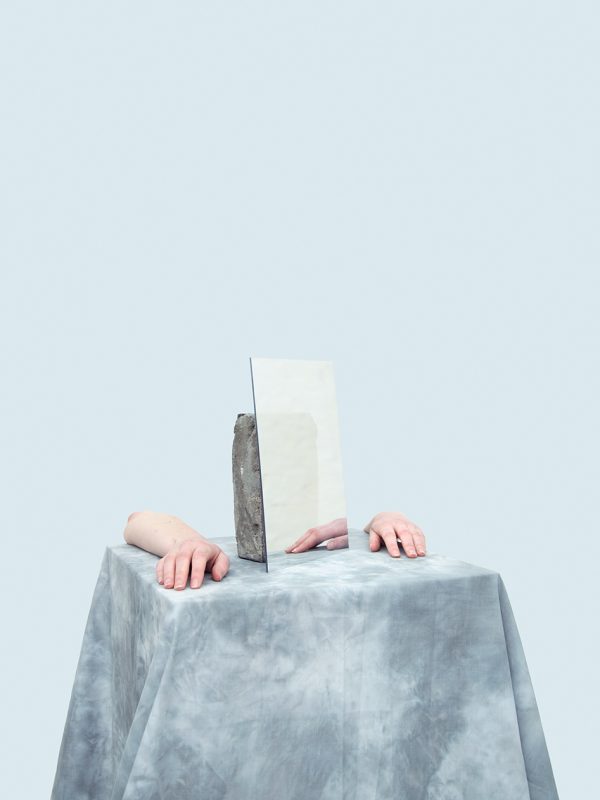 Morphology of the Hit

The title of this writing is borrowed from an essay by Leslie Jamison in her anthology The Empathy Exams Essays.

In the essay, Jamison tells the story of being hit during her travels in Nicaragua. Using the concept of morphology, the study of the form or shape of things, she uses the writing as an attempt to structure her experience of unexpected violence. An attempt to see, to keep something in its place; the writing also begins to act like a photograph. But like that of a photograph, it also creates rupture, an undoing. Coincidentally, Nicaragua is also the geographical location of one of the first images discussed by Roland Barthes in his seminal text Camera Lucida.

A silly argument about the anatomy of a pair of trousers was the catalyst for the event. They weren’t my trousers, and this wasn’t my argument; but I somehow found myself caught up in the proceedings regardless. An argument which led to a punch; and that’s how it all started. It seems quite cliche to say, but it really did happen very quickly and before I knew it, I found myself lying on the pavement. If I didn’t fall then how else would I have found myself on the floor? I can remember standing; him grabbing me, pushing me and planting his fist into the right side of my face and then I can remember being on the ground.

But it’s the time in-between which is fuzzy — the fall; a moment in Flux.

The fall is a strange, paradoxical experience of both intense relief and anticipation.

A cutting of time, a rubbing.

Relief in losing rare control of your body for just a few moments; and the anticipation of not knowing where or if you’re going to land.

Writing statements, taking pictures, talking to police and eventually going to court; a long process of collecting and classifying in an attempt to display the jumbled narrative into a coherent sequence. To prove; to justify. The hardest thing for me was having to validate myself in a court full of people— strangers — especially when half of the room were trying to disprove my story.

My own sense of self was pushed to the absolute limit.

On the drive to the court hearing, I was going over and over the sequencing of events as they were fixed1 in my memory. But the memory I’d acquired hadn’t been fixed adequately, and it had begun to fog.

I can remember the car being warm; the air conditioning was broken and so the windows were wound down— which was convenient as there were several occasions where I thought I might throw up.

I felt sick.
I really didn’t want to go.
I felt guilty, why did I feel guilty?

‘Sexism: how women are heard only as interrupting the proceedings’.2

I was scared to see his face, or more so, to remember (or to not remember) what he really looked like. His face was the one thing I could see continually and vividly, but I was scared not to have the real thing to point to; to not be able to cross-reference the real face in front of me with what was imprinted on my mind. The defence desperately wanted to fit my account of events, of reality, into his. And as I would soon learn; his reality was always guaranteed to win.

On our arrival, I became even more anxious.
I was anxious I would bump into him outside or in the corridor; like some faux-pas awkward encounter with an ex-boyfriend.

I kept running over my description of him in my head.

A really unenjoyable game of Who’s Who — an attempt to filter out all of the other men that passed by;

I didn’t see him, and I was soon to spend the majority of the day in a small room with a Victim Support officer, drinking a lot of tea and talking at great lengths about the new carpet they’d recently had fitted. The proceedings were explained and I was told I could request a screen to protect my identity if I wished. I think this is supposed to provide reassurance, but the disclaimer that followed stated I would have to defend this decision to the court, if I did choose to not be seen.

Exposure seemed brave, but it didn’t feel it.

After a long and drawn out day of setbacks and rescheduling; I was finally called to the stand and asked to recall my version of events to the prosecution.

To stand up on a raised platform is to assert authority and demand attention.

All eyes directed at you with expectation.

As I stood up on the podium and I looked across the room,

in my direct eye-line, sitting crouched over with his head in his hands.

Covering his eyes was the ultimate act of refusal — but that was him.

A feeling in reverse,

I now desperately wanted him to look at me — but like the infant, he was denying me his gaze.

After reading my monologue aloud, CCTV footage was presented as the main piece of evidence (this was the first time I had seen it). I was asked to identify myself in the footage to the court.

I could only do this based on my trainers; I could barely see my face.

The TV screen used to show the footage was placed in the far right-hand corner of the room, mirroring the fixed viewpoint of the footage presented to me.

The perspective of the CCTV made me feel strange; it’s omnipotent and voyeuristic gaze mimicked that of an out-of-body experience. I was looking down at myself, but the body I was presented with was alien to me.

I couldn’t identify with her, only with the trainers.

The moment preserved in my memory was dramatic and violent; but the footage showed something else.

As time went by, It began to dawn on me that the positioning of the CCTV camera — the re-framing, had erased me from its narrative almost entirely.3

Almost, but not quite.

A few moments later, my legs fell into the frame — and that was it.
Was that it?, I felt stupid.
“Are these your legs, is that really you?”, I was asked.
The only reason I could identify them as my legs was because of those fucking trainers.

How were a pair of trainers the only reference point for my own body?

My attempt to delineate the contours of my own body, to render these boundaries secure from intrusion, had failed.

Disembodied limbs; the frame facilitates a removal from the body.

Towards the end of the 19th Century, various female body parts wrapped in parcels were reported to have washed up on the banks of the River Thames, London. Legs, arms and torsos were all recovered separately, but individually the fragments accounted for very little. As more and more were discovered, police attempted to suture the women’s bodies back together; piece by piece.

Not uncommon to the history of feminism and corporeality, dismemberment was used as a method to disguise the identities of the victims and although never fully formed, it was thought that a total of 5 separate bodies were found and of these 5; only one head (which had been boiled beyond recognition).

This removal and concealment of the heads was seen as a tactic to avoid capture, because without their heads, and consequently their faces —they were unable to successfully identify any of the women. The only exception to this was of Elizabeth Jackson, found in June 1889, whose identification was made possible by tattoos on her arms. Unfortunately for the rest of these women, without a face or a name, the fragments were only seen to relate to an incomplete body — a mass, and not a person.

Their existence remains uncertain,
and they continued to remain as (spare) parts.

a corpse by the arm

separated from the secret it holds

[…] in these reaches
of waves

in which all reality dissolves.4

The defence lawyer argued that the punch didn’t exist. That I’d made it up because you don’t actually see
it happen and my subjective account stood for very little ‘insofar as subjectivity means doubts, questioning, inconsistency.’5 The legs weren’t enough, regardless of the fact they were attached to a body. A distortion in the sequencing of events; we see the legs on the ground, but we don’t see a punch; and if we don’t see the punch, then is it right to presume that she was even hit at all?

I was prepared for the attempted justification of his actions, but I wasn’t prepared to be accused of fabrication.

Suspended in complete disbelief, I could feel myself welling up:

“He punched me in the face” I said, again.

I couldn’t stop saying it.

A laborious repetition took over, as if saying it excessively would make them believe me.

But that was the problem, I needed them to believe me.

I broke down in tears.

But that’s exactly how I felt.

All that was going through my head is what they thought of me.

Rooted in this same sexist thinking, It’s often thought that if you don’t show emotion you’re being disingenuous

she isn’t even that upset, it can’t have been that bad.

And if you do, you’re being dramatic, hysterical.

Either way, I couldn’t win.

I left the courtroom and embraced the Victim Support officer who I’d befriended throughout the day. I sat and continued to cry for about half an hour and then I asked her:

“Do you believe me?”

Part of me thinks that she did believe me, but maybe that’s just to make myself feel better, ‘to deliver my feelings back to me in a form that was legible. Which is the superlative kind of empathy to seek, or to supply: an empathy that rearticulates more clearly what it’s shown.’6

‘What I can name cannot really prick me’, writes Barthes in Camera Lucida, and like the often complex empathetic exchange, this is where my my frustrations lay — tangibility.  I was desperate to touch, to show this ‘sting, speck, cut little hole — and also the cast of a dice.’7 Something had broken — the strings had snapped, and now I was desperately trying to put all of the pieces back together.

Alexandra Davenport is an artist who lives and works in London. Working between photography, performance and moving image, her practice is interested in the constructions and ‘choreography’ of images. By confronting these often performative processes, her work seeks to reflexively engage with the prevailing expectations of theatricality.