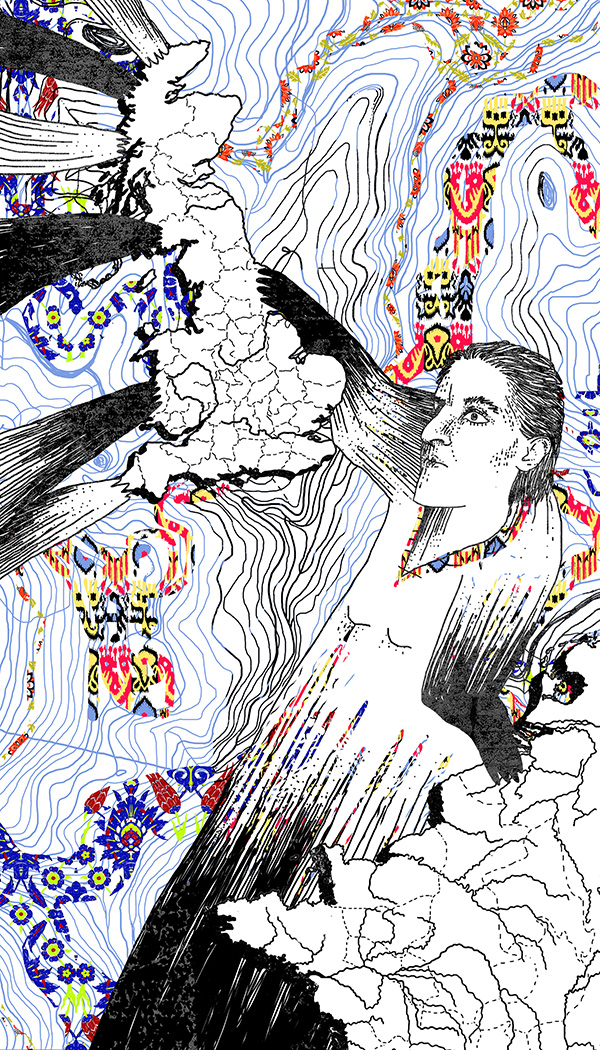 Thoughts on Brexit and Nationalism, from a sceptical patriot.

I’m a big reader. All my life I have read and read, at first when I was younger for the sheer pleasure of it, as I got older for that, but also for the feeling that reading was broadening my mind, helping me empathise with others, understand people’s lives that were totally different from my own. I’ve read stories of emigration and immigration since I can remember being able to read – When Hitler Stole Pink Rabbit, Michelle Magorian’s Back Home, even Anne of Green Gables is about packing up and leaving everything behind for a better life. But what I never grasped was how difficult it is, especially in the face of some nameless terror that is unimaginable, and yet happening all around you. We’ve all done that, read some account of people living in a about to be war torn country and thought ‘why didn’t they just leave?’ But when I woke up on referendum morning, 24th June (also, as it happens, my birthday), I realised how complicated our allegiances are.

This is what I wrote in my diary that day: ‘we are really leaving the EU, the invisible umbrella of stability and security that has sheltered me for my entire life. And yet never have I felt more European’. For the first time in my life I didn’t feel at home in my country, I felt as if all the things I stand for and feel are important: intellectualism, integration, multiculturalism, empathy, expertise, all had been dismissed by the majority of the people I share my country with. So I thought about leaving, and obviously I was not alone. We all saw the stats, people looking at the Canadian embassy web pages on immigration, people applying for Irish passports, hundreds of applications to New Zealand’s unresourced town of Kaitangata. And believe me, if I had that convenient Irish grandmother I would have my hands on an Irish passport around now. But leaving isn’t so easy, when you have, as I have, lived here your whole life, your friends and family are here, your job that you love, and also this bond to a country that isn’t explainable, that you hesitate to put into words, because you worry that those words are a symptom of something bad.

Nationalism is a problem. It causes people to batten down the hatches, to hate those who don’t look like them, to pledge allegiance to a flag which has a complicated and shifting meaning. To build walls. In our globalised world, we need to break down borders, not erect them. What we need to understand, what somehow we have lost willingness to understand, is that everyone is the same, regardless of colour or nationality. That the only way we will face the challenges of the 21st century, of which climate change is not the least, is to do it together. Nationalism puts up a wall like Donald Trump’s Mexican one and says ‘you are different, you are to be feared’.

I feel British, but also European. I feel something when I land back into this country in an aeroplane (although this might have more to do with my fear of flying than anything else). I am awkward, don’t like to make small talk, find it difficult to express my emotions. Sarcasm is the highest form of humour. I like to talk about the weather. I drink a lot of tea and Mr Darcy is basically my ideal man (rude, emotionally unavailable and assumes he is better than me. Hi, ex-boyfriends!) But the things that make me feel British are social constructs, part of a narrative that conveniently forgets the nasty parts of our history (like, um, the entire horrible history of the British Empire that we are never taught about in school), the sort of thing that the Twitter page Very British Problems exploits, making everyone chuckle and feel smug that they are big fans of tea, and this makes them, as a nation, different from everyone else.

But this worries me, because although I agree intellectually that nationalism is a construction, a bad thing, and intellect is important, and should be followed, it’s harder to argue with your gut. The modern world leads by emotion, and look where that’s getting us. And yet, and yet. I’m an NHS baby and went to a state school, I studied English literature at a state funded university and now I (whisper it) work for a quango. My bill is looking pretty big right now.

So then, what do I do in the face of Brexit? Do I leave, and watch the dissolution of Europe and the destruction of the UK from afar, build my life somewhere else, make new friends, find a new job? Or do I stay and try to fix it? What is fixing it? How can I be so sure my way of thinking is right? The Brexit summer has been, for me, an existential one.