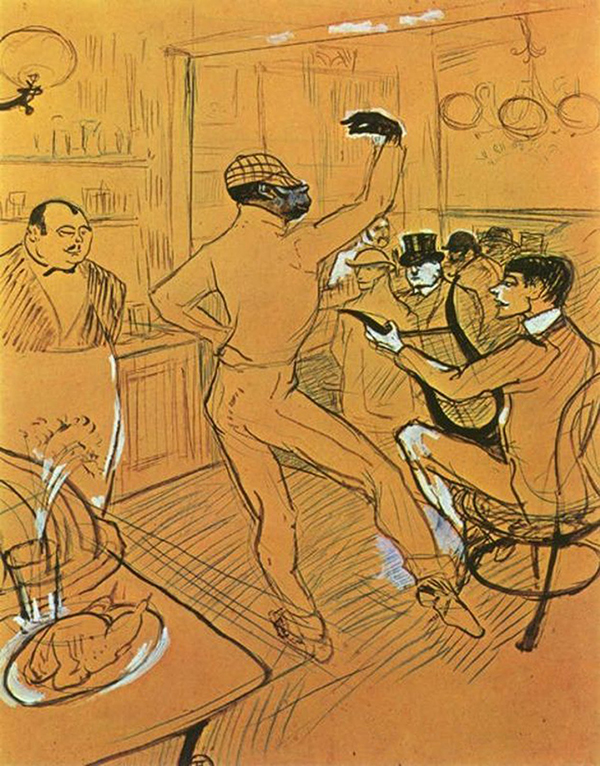 I am alive and I play

The story of the first black artist from the French scene.

They were two – one white, one black – called Footit and Chocolat. Both clowns, both famous but only one of them will be presented here. And not just anyone:

Chocolat was the first black artist from the French scene unanimously celebrated at the beginning of the 20th century. It’s been a long time but you’ll see that his desire of integration is still a topical question. Thanks to the book of Gérard Noiriel “Chocolat clown nègre. L’histoire oubliée du premier artiste noir de la scène française”, I can tell you his story.

His civil name was Rafael. Born in Havana, he was a slave like his parents. Sold to a Portuguese merchant, Rafael crossed the Atlantic Ocean at the age of 8 or 10. A few years later, he ran away. Rafael was now in control of his life, struggling to survive but proud of his new condition. Like migrants that leave their country in the pursuit of a better life, Rafael abandoned his condition of enslaved man. Brought by his owner like merchandise, he subsisted all his life without any papers, as we see today so many times, people fleeing from their war-ridden countries and being denied entry for lack of space, will or ID.

In 1885, Rafael met the clown Tony Grice. Seduced by his strength and his comical talent, Grice hired him. By his side, Rafael learn the profession of “tumbler”, the one receiving slaps on stage. One year later, Rafael was in Paris, cosmopolitan city par excellence in The Belle Epoque.

Even if Paris was cosmopolitan, the black community had to face severe prejudices. Black people were objects of curiosity. This racial voyeurism was exploited by entrepreneurs with the backing up of anthropological science. In a sense, this exposure still exists and not only for the black community. In this world full of screens and speeches, images play with our senses. We must not yield to their pressure, to avoid creating useless fears. In the end, we’re all foreigners.

Black performers were often referred to by two nicknames: Chocolat or Bamboula. In the circus, the skin color of Rafael or should I say Chocolat is a scar, a sign of recognition. Being the only black combined strangeness with celebrity.

The “famous” Chocolat turned into “friendly” Chocolat when Rafael split with Tony Grice. He became an Artist. Not because he was black, but because he was truly gifted. In 1894, Chocolat and Footit created their own duo. In less than ten years, Chocolat became an emblematic character of the cultural life in Paris. The integration was on. Back then, Rafael lived the american dream in Paris. With his courage and his determination, he managed to find his place in this society that was both modern and old-fashioned.

Rafael had many skills. A great dancer, a sassy impersonator. His skin color as disguise. Chocolat was not seen as the representative of the black community. There was no question of stereotypes even if the “negro” was always drafted to play the “exotic” role.

Rafael was always in his character. Years discarded all differentiations between the artist and his part. With this role, Chocolat dealt with unkind comments with humour. He claimed his affiliation to the circus world, which has no color or homeland. In a circus, your past or your skin doesn’t matter, you just have to share your talent with the audience.

Footit and Chocolat symbolized colonial domination, white on black. Humiliation of the “negro” with a bent knee prevailed as in the first minstrels shows. Chocolat was seen as a circus character. The public had no shame or culpability. Just the idea of interbreeding seemed impossible.

But then, things started to change.

In 1877, the show “Black Dandy” was in Paris. Finally, an all-black cast in a variety show.

In 1898, Hégesippe Légitimus was the first black deputy in the French Government. Meanwhile, in the United-States, the lynching of black people continued.

In 1902, the cake-walk dance becomes popular in France.

After the First World War, the «negro» is good. He fought for the country in colonials troops.

In 1925, Josephine Baker is the star of the “Negro Revue” in Paris.

Members of the black community were now regarded as human beings. Black history, traditions, and culture started to be of importance. It was now impossible to show a white clown beat a black one. We could not laugh anymore. The word racism is born.

In 1905, the duo’s contract is not updated. Facing new contenders like the cinema or sport events (boxe, cycling), clowns are deeply affected. Their art is not universal, it conveys references that we cannot understand if we ignore the national language. Clowns had to become mute to be international. Seeing someone with make-up falling is always funny at 7 as at 77 years old.

Without any papers or job, the material situation of Rafael was getting worse. In 1912, he created a new duo of clowns with his son Eugene called “Tablette et Chocolat”. Rafael kept his tumbler position, but this adventure didn’t last long. Eugene had to fight for his country, but Chocolat didn’t give up. Until the end he would make people laugh.

Rafael/Chocolat was a shooting star. Nearly always represented as a humiliated “negro” in the rares writings or pictures which have been found, he spent all of his life fighting against stereotypes. His renown was immense. He conquered his freedom through the circus world. Chocolat stood for his dignity not only as a black person, but as a person like you and me.

Pauline Bordaneil is an independent curator. Her research focuses on the underside of artistic creation through its objects and rituals; as well as the relationship between artist-curator and theory-practice.