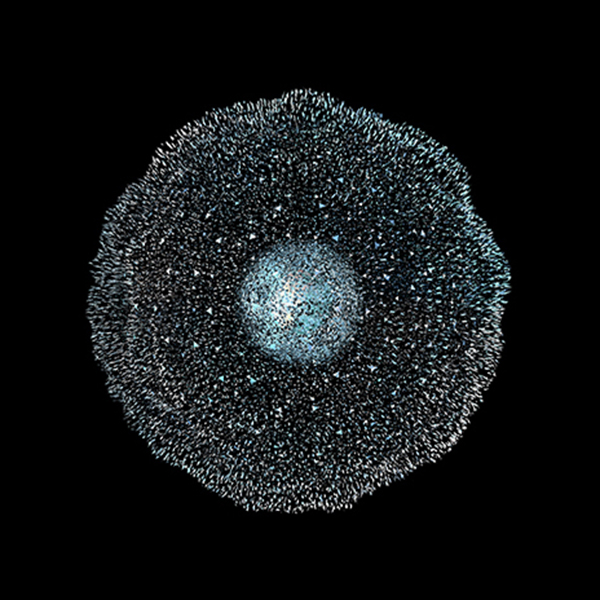 From Bach to Frahm

For you to enjoy while reading us.

The first thing I did when I started to create this playlist was asking myself what are “Basics”. Basics of Music? of Life? my Basics?

Like any other form of art, Music has some universal and indisputable features, but one of the biggest ingredients is personal taste.

Being a sound designer I created this playlist thinking about, and searching for fundamental sounds and musical aesthetics.

Bach is the pillar of modern western music. Without him and his innovations, probably we would not have Mozart, Beethoven… or Pink Floyd and The Chemical Brothers.

The piece is a Suite for the solo of a particular string instrument: the Cello. String instruments are usually the heart of the classic orchestra and the closest to the human voice.

This band is a String Quartet who rearranges modern pieces looking for a classic, old fashioned mood/sonority. This version of the Kraftwerk’s song is brilliant.

This is one of the best soundtracks from Morricone – my favorite movie composer ever. His music evokes feelings sometimes better than images do. The end scene of this movie is a vortex of nostalgia, childhood memories, past love; roots. While the protagonist is watching cut scenes from old movies, violins and clarinets will make you tear up a little.

Bregovic is probably the most famous Balkan musician. Born in Bosnia from a Croatian father and a Serbian mother, there is no better word to describe him than Balkan. He travelled the world and composed soundtracks alone and with orchestras. The main ingredients of his music are Balkan rhythms and sounds, violin, woodwinds, and brass. He pushes forward, creating contemporary music, but never forgetting his traditional music. A different version of this piece, Talijanska, is played in the Kusturica’s movie “Time of Gypsy” with the accordion as the main instrument.

Like Bregovic, Astor Piazzolla was a contemporary composer who rearranged the way of playing the Argentinian Tango. He has been one of the most important musicians of the XX century using traditional and old elements in his music.

Aquaplano is based on a pentatonic scale. Pentatonic scale or mode means that, in one octave, there are five notes (usually there are seven), and it has often been used in jazz music, especially in the last century. The origin of this musical structure has no country: from China to Greece, from Scandinavia to central Africa, it is easy to find tracks using the pentatonic scale in the cultures of these countries. Fascinating how different people were using the same system without being in touch with each other, hundreds and thousands years ago.

Probably the most important musician of the XX century. The album “On the corner” and the song Black Satin represented the beginning of something new in contemporary music: electronic and ambient music owe a lot to Miles Davis and to this song.

Quantic & Gramatik – Time is the enemy & On the Run – Sampling

These two songs are made with sampling techniques to compose music. Sampling is the art of using pieces from sound recordings as musical instruments and often old forgotten musical tracks come back to life with a new dress.

Dj Shadow, Outside, Fluke – Fixed income, To forgive but not forget, Referendrum

When I was a young clarinet player in the academy of music I refused to accept electronic music as real music. Then it so happened that I listened to these three tracks… I probably would not be a sound designer without them. They are my electronic basics.

When I heard Nils Frahm live for the first time I didn’t really know him well. It was like listening to the past, the present and the future of sound. In this song, he alternates between three key instruments: piano, organ, and synth, without stopping the musical flow. A vortex of sounds that combines the history of piano and keyboard.

This song is mostly played on the C chord, that is the first scale (and chord) that every musician needs to learn.

In C is written for an indefinite number of musicians and it does not have a specified duration. Riley suggested 35 performers and around 45 minutes, but it works also with a smaller or bigger orchestra and can be played shorter or longer.

It is considered to be one of the first minimalist pieces and will have a wide influence in the future. Not only in music.

Sound is not something completely real. It is a vibration that travels through a medium and can be heard when converted into sound by the ears and the brain. It seems like a magic trick that nature gives us to listen to the earth and communicate with it. Without the sound of the wind and the water, without birds and voice, there could not be any music and, of course, this playlist.

Born and grown up in South of Italy, with his dual cultural background of science and art, and his head always in the clouds, Enrico is trying to survive London life. He is passionate about “nugae” and inspired by every man who follows a chimera.