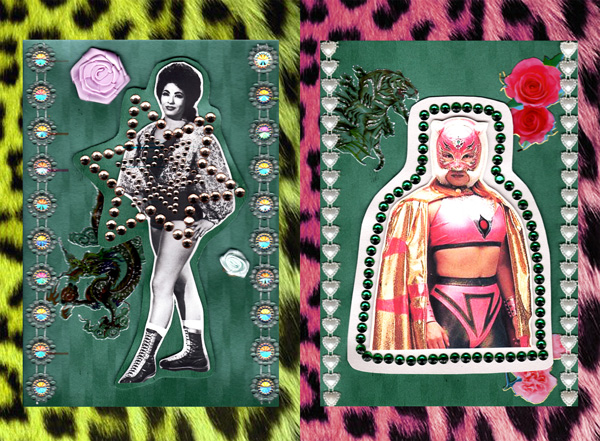 Searching for a role model.

Thoughts about a book, heartbreaks and Fierce Femininity.

Because we all need a hero and role model from time to time.

I’m thinking about a book I would like to make.

A collection I’ve been working on since the day I was born.

A variety of experiences: fresh ones and old ones,

And the ones that are familiar and perpetual,

Probably for a lifetime, in-and-out-of-love.

There are pleasant memories and exciting adventures

and the ones I wish had never happened or hope I could forget.

As a reminder to myself: to understand and to change.

And to be open and vulnerable to find connections with others.

For the ex- and future lovers.

Or to read and re-live over and over, again.

Because I’ve found some and lost many.

But most of them are collected and archived,

In my bones and the back of my head.

Stories to build from but also inevitable to ruin.

I’ve been a lot of things

by the perception or judgement of others,

and developing of the Self and the alter ego.

I’ve been shy and insecure and a mermaid or slut.

I’ve been told I am a tease and a temptress or boring and square.

I’ve been the Femme Fatale and the Fool with the heartache.

I’ve been the fuckable friend and the sweetheart lover.

I’ve been the jealous girlfriend and the obsessive ex.

I’ve been the heartbreaker and the heart-taker.

I’ve been obsessed and oppressed.

I’ve been pet-named by lovers as Bandit, MeatWolf and Princess Moonlight.

I’ve been whistled at and catcalled KittyCat from out of cars.

I’ve been lead on to be the Rebound, the Second or the Side Girl.

I’ve been the easy girl, the seducer, the one that girlfriends hate.

I’ve been the goddess, the supporter and the one to find comfort with.

I’ve been called sweet and beautiful or fat, ugly and bitch.

I’ve been nothing and all.

And, when I was younger,

I felt like a boy when wearing inconvenient shoes.

I looked like a girly girl but I defined myself as a Tomboy,

Because I didn’t know I was just being Fierce.

They sometimes call me aggressive because I can be too loud and I like to wrestle. They say I am hot-tempered for not being always submissive, girly and nice. I have a face and a mouth, so I frown and I yell when I’m annoyed or angry;

And howl and cry when I’m hurt or heartbroken.

I wink and flirt and tease and smile;

I’m searching for my heroes and role models because you have to be shielded and strong when you have been nothing and all.

I am collecting stories and images of females who are strong and feminine as confirmation of Fierce Femininity.