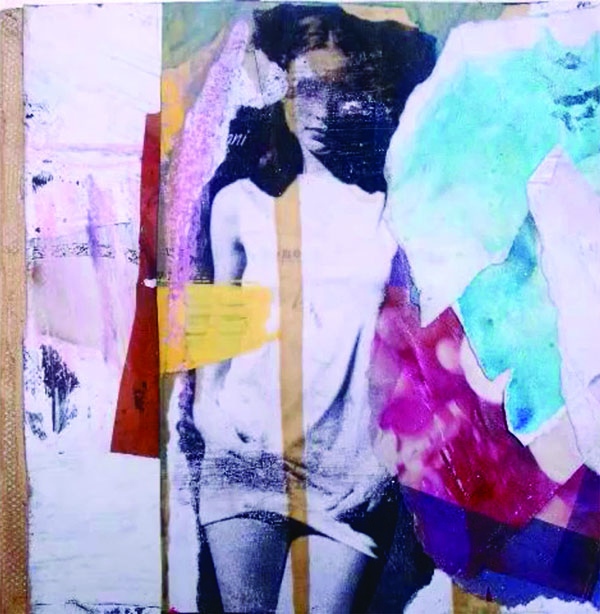 A love letter on whales, books, and failure.

There’s this tragic story of a whale who sings in a different frequency than the others. They call it the Loneliest Whale in the World. Every season she sings and sings and nobody comes. Nobody will ever come. Because this whale is singing at a slightly different frequency than the others, no one can hear it, no one will ever hear it. She is doomed to be permanently unaware there’s an ocean full of her own.

It was actually a boy who introduced me to the voice of women. But as much as he admired it, saw the quality, looked for the universal, he couldn’t have felt what I did: a resonance, an echo that trembled the strings in my core. A sort of whale cry letting me know that there’s an ocean out there, full of my own kind, and that we spoke the same unknown, ancestral language. Rebecca Solnit was her name and womanhood was her language.
It started in the form of a star-studded, navy-blue hardcover book about, among other things, what would later become the word of the year 2014: mansplaining. What happened next was the sky suddenly exploded in an endless sea of possibilities, mostly yet unmapped. The genius of Maggie Nelson became the Big Dipper – the centre of the sky. Solnit, a huge group of constellations. Chris Kraus, the twilight planet.

Of course, I was ready to listen when it came. More and more I’ve been finding my interest in feminist issues, my expression in the movement. I was also looking for something, open to it when it came. Yet, it still felt like a language I had forgotten and was suddenly reminded that it was still in me.
After rewarding that same boy with the Argonauts, he admitted that he too liked very much “that way of writing,” and it felt just like that – a new way of writing, a different language. Something more honest and less palpable. A kind of language that speaks straight to your humaneness, circumventing the rigidity of form and structure. Words, somehow, resonate directly with your core and yet they’re intellectual and challenging and poetic. They don’t care about their academic credentials but how much of you is contained in them. Humanity is not conveyed through grammar and narrative, but through this third, unnamed dimension. Could it be that exposing oneself like this, laying defiantly bare, was the doorway to a new universe?

In a previous life, when I was a painter, my (male) teacher forced me through an excruciating one-to-one tutorial. He was at a loss for words when I showed him what I was working on. It was by no means good or something that I am very proud of but nothing would have prepared me for a reception like that. At one point, after twenty completely silent minutes, he let out, “it looks like [female artist]”, to which I replied yes, she is one of my major influences. It took me a minute to understand that this was meant as an offence. How dare I admit an influence to a minor artist? Someone so marginal from mainstream high-brow art? So self-referential, so “pop” as he said with a sneer, so focused on female traditions. It dawned on me, that it wasn’t the lack of quality of the work that threw him off, it was its general direction – the wrong influences, the wrong concepts. It was just so popular, and little, and female. That crit destroyed me. I never had pretentions of being an acclaimed professional artist, but still, how could I be so off? Truth be told I stopped painting shortly after.
It took me years to realise that he was wrong. Not so much the quality but the dismissal that there was a low-brow art, that it was invalid, and that the female, traditional craft is somewhat lesser.
As I navigate the art world this view was always reinforced. When I asked or was asked where were all the female artists I couldn’t say. There were women all around, filling up universities, manning all galleries, working in every museum. Where were they in the white cube?

When I finally came to I Love Dick I struggled.
I loved it and hated it in equal measures. I despised Chris like a fairground mirror, and read two other books on the intervals where the book was just despicable. And then suddenly it was not. It was when she lost herself in the art that I lost myself in her. My mind raced, ideas kept popping up – I thought I should take notes, that I should write a letter. I took my iPhone out and on the notes I wrote “the personal is political”. Four words only. They conveyed my incapacity to write down the realisations that were dawning on me and, at the same time, contained everything I wanted to say. The personal is political.
Also the personal is and has been the field of womanhood. Excluded from the professional, the academic, the elite, the white cube, personal was our kingdom. It took me nearly ten years to get to this place: there is a different expression where women are queen and quality undeniable. That the snobbish, clean, pretentious white gallery is not the only option and it’s not the only synonym of high-art. And it’s okay.

Dear Dick, I was never in love with you. I could feel my rational processes pushing me to a state of emotional dependency. Ironic, isn’t it? There is this perception that womanly love is all-encompassing, infinite, tragic. Love consumes us all, defines us all. At least in the female representations around me. So I convinced myself you were an adequate object of such love. And then forced myself to be engaged and tied beyond myself. So don’t judge me – I didn’t know I could be a whole person. Dear Dick, you were nothing but an attempt to find myself. How does one woman go on living without the romantic trope and still be a woman? I didn’t (don’t?) know any better. And in losing myself, I lost you.
I am writing you to apologize for my failures. I failed as a lover, as a woman, as an artist, as a professional, as a feminist. I just properly discovered feminism and yet, I am failing badly at it. I listened to all those amazing, empowering women, but I still want you – I want a you. Like I know that I shouldn’t apologize and yet I am.

But, at least, now I know: if the personal is political, the quest for my identity is a journey and a conquest, is a reappropriation. I don’t need to conform to the Manic Pixie Dream Girl of my youth – how I wanted to be her but her flatness could never contain me whole; I can assume influences with pride; I can object to the white gallery and still be an artist; I can love half-heartedly or not at all, but never beyond myself. There is experimentation, trial and error, and failure. And it’s okay – I am valid, the journey is important, the personal struggle is a statement.

So, you see, this is as much a goodbye letter as an apology. I apologise for the insanity, for trying to be the aloof cool girl I am not and using you as a projection of an ideal You to obsess over. My obsession prevented me from seeing your own strand of cowboyness as well. See, I used you too, to make my own trope alive.

Now I’ve found my own kind so I don’t need to apologise anymore – the space I take is valid, taking more space is political.