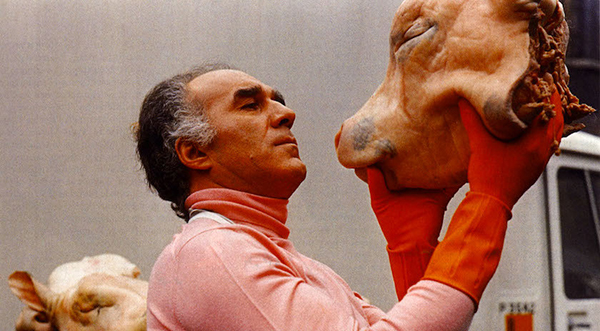 A banquet of digital hedonism.

It always seems ironic to me that, whenever I’m warned about the dangers of social media, it’s usually through the very same platforms I’m supposedly being dissuaded from using.

I dare you to browse your feed now, whether it be Facebook, Twitter, even Instagram. You’re likely to find among the dozens of posts either an over-dramatic friend’s rant about how he or she will be deleting their profile that they feel oh-so tired of updating, or a zealous newspaper article warning you about how checking your phone constantly is a red flag for addiction or disturbs your natural sleeping pattern.

I’m not saying that they are in any way wrong. I often feel tired of the endless parade of phony “Joy of Living” pictures that clog my Facebook feed, or the pointless 140 character word farts that pollute my Twitter feed. But what really gets my attention is how, despite all this negative noise, users like us can’t seem to avert ourselves from the unbreakable gaze of social media. How many times has one of your moaning friends actually followed through and deleted their account?

One night, as I scrolled over some acquaintances’ perfectly manicured Instagram pictures while wallowing on my own inability to feel fulfilled in my own little life, I started paying attention to the movie I was re-watching in the background.

The film was Marco Ferreri’s 1973 masterpiece La Grande Bouffe.  An undeniably visceral movie, it turns human indulgence on its head and shines a light on how pleasure is, sometimes surprisingly, linked to a darker shade of pain. The premise is a simple, albeit unusual: four friends, either tired or disappointed with their lives, decide to put an end to it all in a vacant mansion. However, the four agree that, rather than anything violent, their cause of death will be over-eating.

As the story develops and we learn more about the characters’ backstories, we realize that, in its essence, this is a moral fable about the bourgeois paradigm of dissatisfaction: with its notion that happiness is achievable by all – and that pleasure is the way to obtain it.

I won’t dive too much into the details on how the story runs its course, not only because it is an incredible movie and I don’t want to spoil the plot, but also because I want to concentrate on La Grande Bouffe’s deep resonance for the way we live our lives today. Watching the movie, and I was struck by one obvious parallel.

It seems to me that  these days, our hunger, and the satiation of that hunger seems to be not about  food, but social representation, particularly as presented through digital media.

According to the Cornell Information Centre, the reason behind it all is the dreaded FOMO – Fear of Missing Out. With all your friends logged in and the hot social media platform of the moment being “such a great tool” to connect, we have now been tricked not just into keeping our accounts updated with new pictures and words – but also into being afraid of the consequences of turning off these platforms.

There’s actually another nifty name for this situation: “social media reversion”. And this condition is not only associated to the apps but with many other things we all possess, like a phone. You can try to convince yourself  you have one of these “black mirror” devices because you need it to make calls to your nearest and dearest, but actually how many times have you fiddled with it while with friends or in social occasions? It is that ever-present nanny that you can tug the skirt when feeling inadequate. But I’m getting a bit off track here…

What I find revealing with La Grande Bouffe is the way it shows how life’s mundane issues seem to be, however banal, a reason for immediate destruction rather than an opportunity for growth. Whether it be a monotonous life, marital problems or impotence, the characters just seem to instinctively give in to their own destructive method of overindulging, rather than finding a healthier solution to their problem. In the same way, our societal levels of mental illness and depression are rising, studies reveal that we have never felt so alone and so insecure, and yet we have never been more (virtually) connected via social media and mental illness remains an enormous stigma that many prefer to ignore.

More than connecting with others we are addicted to creating a public-facing digital mask of who we want to be – remember Dunbar’s finding that proves that a human can only hold 150 friends in their memory bank.

And, in doing this, we over-indulge. We binge on endless perfectly-posed Instagram pictures, virtue-signalling Facebook updates and pointless Twitter factoids and quarrels, just as the characters in La Grande Bouffe forcibly indulge and compete to see who can eat the most in a limited time. The same way the film’s main character Marcello, a womanizing pilot trying to get to grips with its impotence, wants to continue his sexual prowess with one of the prostitutes but loses himself in his own reflection, so do we tailor our pictures to prove to all of our virtual connections how happy we are. Naturally, we don’t believe this lie ourselves.

Don’t get me wrong, we are the victims here: victims of both ourselves and corporate greed. Just as the carcasses of meat are rolled out into the kitchen for the deadly feast at the climax of La Grande Bouffe, we see a constant stream of new apps, new add-ons to our already addictive platforms, for us to gorge on. When the restauranteur Ugo dances with a severed cows’ head, a true dance of death that feels violating to the animal, the character and the audience, so today we are barraged with new updates that then lead us news of how people deface works of art or lose their sense of respect for the sake of an inventive personal selfie.
The fear that hides us behind our black mirrors and like-driving hashtags should be the same that drives our courage to actually enjoy what we experience in the real world. Either that or we run the risk of ending up like the prop turkey being photographed in the initial scene of La Grande Bouffe . In Ugo’s own words, “it is so beautiful it looks fake”.