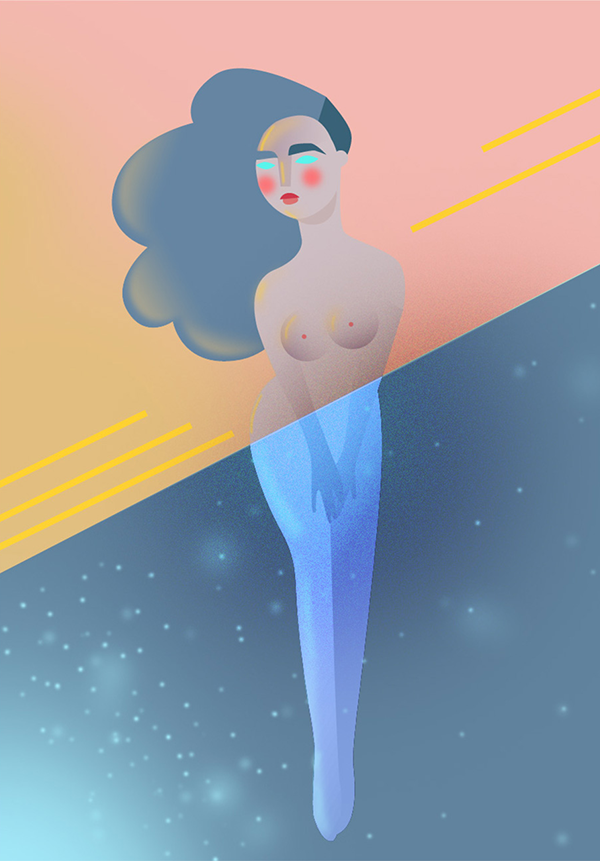 On the sexualisation of the naked body.

To bare all. Body, mind, soul…it is difficult as humans to communicate openly on these fundamental levels. How can we share ourselves, and find the strength to do so openly, shamelessly, and happily? Where does the urge to hide (our bodies and ourselves) come from, and what does it serve?

My new perspective on bodies and nudity and the rituals surrounding it started several years ago when a friend of mine invited me to a women’s gathering, in which a group of women would get together, get naked, and talk about their feelings and bodies. This was a completely neutral atmosphere in which we would simply hangout, simply be…naked. It seemed absurd to me; why couldn’t we just talk while dressed? I toiled about whether or not to go, and right up until the very moment I walked through the door I was ready to turn around. But something inside me told me it was time for a change in perspective on myself and my body, and that this could be a good place to start. The moment I shed my clothes and joined the circle, relief and liberty flooded over me, rather than embarrassment or shame. Since I have come to realise that what is more absurd than friends hanging out naked is that we have been trained to absolutely equate nudity with sexuality.

Obviously not every life context is one in which we can be naked, but for me, it has become important to have a time and a place to leave aside current social conventions and just be free. To have a space where I can be naked but not sexualized, to strip away barriers and open up about my well-being, or just talk about my month and what’s new. It’s about more than naked bodies, but about connecting to other human beings, no holds barred. About uplifting and encouraging one another as women.

It has also become important to me to be able to recognise what I do by choice, versus what I do because I have been subconsciously trained to.

Over the last few years, as I have been honing this awareness, I have been slowly shedding my skin and being more free with my body and how I display it. I’ve started to embrace femininity as more than baby smooth, hairless legs and impossibly long black lashes. Although I consider myself to be a modest girl, I have been working to let go of the need to make myself uncomfortable for the sole purpose of hiding the fact that beneath my clothes, I have a body. If wearing a bra added to my level of comfort, then by all means, I’d wear one regularly. But in reality, seeing as I am not a heavily endowed woman, since puberty I have only worn one because I thought I should. Because girls wear bras. Because God forbid the outline of my nipples should be faintly visible through my t-shirt. I remember when I was perhaps nine or ten years old, asking my mum what a bra was for. She considered for a moment, before saying something along the lines of, “to keep everything in place,”… which meant little or nothing to me.

Many times I’ve been asked by my partner, “if I’m really going to wear that out,” because “I can see your nipples,” to which I normally respond that, “I can see yours too.” Why is it sexual to see the outline of mine, but not his? I‘ve struggled a lot with the idea of my comfort making someone else uncomfortable, and I still struggle with it. These arbitrary and constantly evolving guidelines become so embedded in our perspectives, it’s hard to simply let them go. Sometimes I feel open and confident, other times anxiety takes over and I want to hide myself, my body and my thoughts. I want to wear the proper dress, the appropriate trousers, the professional blouse, whatever will make me less conspicuous.

Every day, we engage in this ritual of wrapping our body up in various ways, with varying degrees of decorativeness. Some colours and fabrics are “formal,” some are not. Some are suitable for work and some are not. Some are okay for exercise, but would be inappropriate to wear out on the street. Some are to sleep in, but cannot be worn out of the house. This all depends on the cut, the texture, the pattern, what it’s made of. And, somehow, these wrappings, which we can assume were originally for warmth and shelter from the elements, have also developed their own gender binaries. At one time, pants were not for women. At other times, frills and lace were sported proudly by men. Fashion is so fluid, but the rules seem to be hard and fast.

Who made these decisions as to what people can bare in public, and what they can’t? And why are some body sections permissible for men to show, but not women, and vice-versa? Not only are we told what to cover, but also how to do so. For example, if I wear a pair of short-shorts on a hot summer day, it’s just that: hot. But if a man wears a pair of shorts that show just a bit too much thigh, people are doing double takes and snickering as he walks by. A thigh is a thigh. Both men and women are restricted by these boundaries telling us how to present ourselves, and these boundaries are ever changing.

Female toplessness has not always been so taboo, nor is it taboo in every culture. In many European societies between the Renaissance and 19th century, being topless was indeed more socially acceptable than baring, for example, a leg or an ankle. Simply taking a glance through European art history tells us that female toplessness was not abnormal. In the 15th century, Agnes Sorel, mistress of Charles VII, often wore gowns displaying one or both breasts in the French court. Today, we freely show ankle, leg and thigh, but it is considered socially unacceptable and promiscuous to show a nipple. In fact, female nipples are banned from Instagram. Women can be arrested for indecency (such as landmark 1986 case in which nine Rochester women were arrested for being top free in a park).

Doesn’t this persecution of breast exposure highlight our obsession with them? It seems to create an unhealthy and fundamentally sexual attitude towards female breasts and nudity, requiring us to hide. Even if being topfree were legal everywhere, it would take a long time and much social reform to erase this attitude…women who go topless today, while it may be free and liberating, still risk being ogled and leered at by those not as forward thinking as themselves. Hiding ourselves in our natural state has become too natural. And this idea of “covering up” our bodies in socially dictated ways perhaps also encourages us to cover up ourselves, our souls, who we are. If you feel more comfortable covered head to toe, then layer up! If you want to whip your top off at the beach, more power to you.

You have a body, so do I. It’s okay to just live in it how you choose.