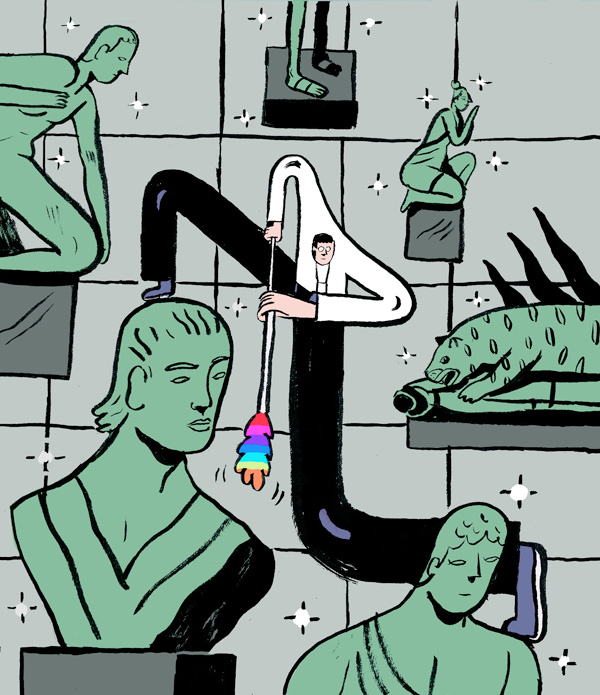 There is an old man working in the V&A

There is an old man working in the V&A. His job is to clean the dust on the statues. For that, he uses a rainbow-coloured feather duster. It is quite humorous to observe this man, day after day, cleaning the valuable busts. To analyse how a 19th century carved marble statue interacts with an inexpensive 21st century readymade is truly an experience.

I asked politely if I could take a photograph of him cleaning the figure but I made him feel terribly offended. He was bewildered at my question: “Absolutely not, madam.”

Perhaps that’s why he spends his day carefully cleaning these objects, because of a trauma from the past. He hates to be captured, but he cherishes and keeps these statues alive just so others can observe and photograph them.

Doesn’t he realise he’s such an important part of the whole?